No regrets for beach-bound lawyer 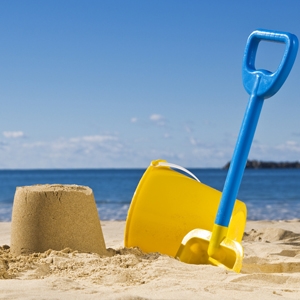 “If I’m unsuccessful on appeal, I will be sitting on a beach for 60 days with a coconut rum and enjoying the time with my children,” stated veteran Memphis lawyer R. Sadler Bailey recently.

“If I’m unsuccessful on appeal, I will be sitting on a beach for 60 days with a coconut rum and enjoying the time with my children,” stated veteran Memphis lawyer R. Sadler Bailey recently upon news of his suspension for criticising a Tennessee judge.

An unrepentant Bailey said he had no regrets about the rude comments he made to Circuit Court Judge Karen Williams during a 2008 medical malpractice trial and said he plans to appeal the 60-day suspension.

As reported in the Commercial Appeal, Bailey’s impending couple of months in the sin bin came about due to the “disrespect and sarcasm” in comments he made to Williams in court.

A three-member disciplinary panel described the comments as “contentious, combative and protracted”.

The Commercial Appeal reported that Bailey called the opposing counsel a liar in court and told Williams she might “set a world record for error” in her rulings.

Bailey didn’t stop there, going on to label one of Williams’ rulings “crazy” and one of her statements “bizarre”.

Bailey had initially been held in criminal contempt by Williams and sentenced to 10 days in jail, but that charge was dismissed by another judge on appeal.

Williams had declared a mistrial in the medical malpractice case, saying she had little choice given Bailey’s unmannerly observations.

A three-lawyer hearing panel found that Bailey had breached rules of professional conduct related to fairness to the opposing party and counsel, impartiality and decorum of the tribunal, and misconduct, according to the Commercial Appeal.

Folklaw is of the opinion that Bailey should forget the appeal, pack the swimming shorts, dust off the bottle of rum and hit the beach.

No regrets for beach-bound lawyer