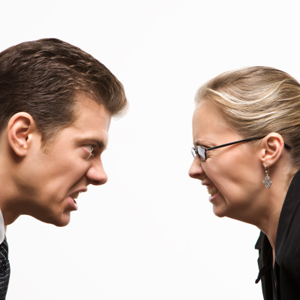 Michael Jackson’s former physician Conrad Murray might want to tell his lawyers to Beat It after they started a fight while visiting the disgraced doctor.

Michael Jackson’s former physician Conrad Murray might want to tell his lawyers to Beat It after they started a fight while visiting the disgraced doctor.

As reported by American gossip site TMZ, Murray had been complaining of pain in his right side so two of his lawyers – who are working on different cases for Murray – went to LA County Jail on Tuesday (22 January) to see what was up with the doc.

Folklaw knows it is Human Nature for caring lawyers to check on the health of their high-profile clients...

According to reports, the first to arrive was lawyer J. Michael Flanagan and his 30-year-old son Ryan. Flanagan represents Murray in the Michael Jackson manslaughter case.

In 2011, Murray was found guilty of involuntary manslaughter in relation to the 2009 death of superstar Jackson; he is currently appealing the conviction.

Things got Bad at the jailhouse when Murray’s other attorney, Valerie Wass, who represents Murray in all matters relating to the California Medical Board and the appeal of his criminal conviction, showed up.

According to TMZ, Wass claims that when she tried to enter the visitation room to see Murray she was blocked and pushed by Ryan Flanagan.

There was then allegedly a heated exchange of words between all three and, following the altercation, Wass filed a battery report against Ryan Flanagan.

It must have been quite a Thriller of a visit for Murray, who is reported to have witnessed the whole thing.

Folklaw hopes most lawyers wouldn’t Wanna Be Startin’ Somethin’ when visiting their clients in jail...