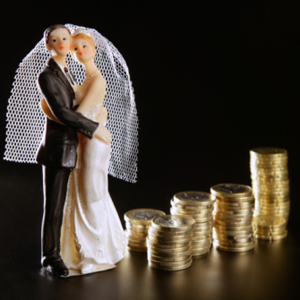 Another day, another lawyer giving the profession a bad name... A partner in a UK law firm has been jailed for a £20 million immigration scam that spanned several years.

Another day, another lawyer giving the profession a bad name...

A partner in a UK law firm has been jailed for a £20 million immigration scam that spanned several years.

The UK Telegraph reported that Tevfick Souleiman flew brides to Britain from Eastern European countries to marry men they had never met from non-EU countries, before flying out the next day after being paid by the firm, Souleiman GA Solicitors.

Scotland Yard said the London firm had conducted up to 8000 immigration applications between 2004 and 2011, with up to £14,000 being charged for each marriage.

The men were mainly from Turkey, Bulgaria, Pakistan and Albania, and included members of the Albanian mafia.

The marriages meant the men were then able to live and claim benefits in the UK.

Judge John Bevan QC told the Old Bailey in London that Souleiman and his associates Zafer Altinbas, 38, and Cenk Guclu, 41, and Furrah Kosimov, 29, took advantage of the pressure the UK Border Agency was under and the complexity of EU law to create frauds “that would be obvious to a child”.

The UK Telegraph reported that the scam was only discovered when detectives investigating a £1 billion cocaine seizure organised by the Albanian mafia stumbled across millions of pounds being siphoned through the solicitor’s bank accounts.

That is definitely more money than would normally be travelling through the average solicitor’s back account...

Souleiman, whose wife works for the Crown Prosecution Service in the UK, was jailed for 10 years for conspiracy to breach immigration law and receiving the proceeds of crime. Guclu and Kosimov were jailed for nine years, while Altinbas was jailed for six years and nine months.

Judge Bevan said the scam constituted “an open attack on the institute of marriage itself,  turning it into a paper exercise involving two people who can’t even speak to one another meeting for all intent and purposes the first time on the day of the wedding".

Jeez, Folklaw is an old romantic, but between this and last week’s free divorce story we’re really starting to lose faith...