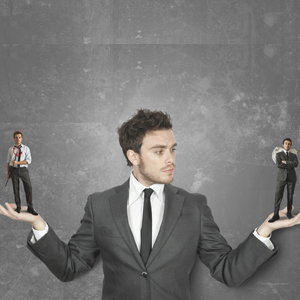 Folklaw has been led to believe that lawyers are a mature, level-headed lot, but a pair of lawyers in the US seems determined to blow that belief out of the water.

Folklaw has been led to believe that lawyers are a mature, level-headed lot, but a pair of lawyers in the US seems determined to blow that belief out of the water.

The pair, Stephen Sean Murphy and Scott Radman, are both claiming the other started a 22 January altercation that took place in Marion County Courthouse in West Virginia.

Murphy recently filed a suit about the incident, but Radman hit back with a counterclaim.

‘You started it .... no, you started it’ is something Folklaw hasn’t heard since its days in the playground (sadly neither today nor yesterday, folks).

Now, Folklaw does not condone violence, and judging by the report in West Virginia’s The State Journal, the altercation that took place between the two was a bit more than handbags at dawn...

According to the report, Murphy said Radman started the fight and, in the process of defending himself, he suffered “contusions and abrasions to his head and neck”, along with a destroyed shirt, suit and tie.

Meanwhile, Radman argues Murphy started the fight and said he was taken to hospital with two broken eye sockets and a skull fracture.

The altercation seemingly occurred when the two men ran into each other in the corridor of the courthouse when they were both there working on separate cases.

The pair said in their claims that they have known each other for several years.

Somehow, Folklaw thinks they haven’t been the best of friends...

Both men claim the fight started when the other lawyer passed them by and said something below his breath.

Gentlemen, really, are we in primary school?

Folklaw will be watching this case with interest, but with the level of maturity on display we doubt if the ‘truth’ about what happened will ever emerge.

They’ll probably be alleging the other stole their lunch money or copied their homework next...