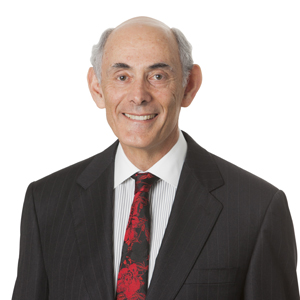 There is a worrying trend among some mediators to dispense of joint sessions. In a recent commercial mediation, an ex-judge acting as mediator separated the parties at the commencement of the mediation and then visited each party separately. In our session he explained that he saw no benefit in a joint session because “each side would merely repeat what they had set out in their position papers”.

The mediator then proceeded to provide his views on the weaknesses in the other side’s case. In adopting this line, the mediator made the mistake of assuming that he had correctly appreciated all of the arguments which had been put forward in what was a highly complex dispute. He also compounded that mistake by assuming that everything that each of the parties wanted to say was in their position papers.

When I insisted on a joint session, the mediator finally agreed to a session between the legal advisors, without clients. This session turned out to be of very little benefit at all because the clients were then reliant on the legal advisors for a report on what had occurred. Each side no doubt would have had points they wanted to make, which would possibly have taken the matter down a completely different route, had the parties been afforded the opportunity to hear them.

In most commercial mediations, each side is represented by legal advisors who put forward a point of view that leaves little room for doubt that their client will ultimately succeed in court. It is easy to dismiss the value of the joint session on the basis that there is little point in a process which usually results in the parties being completely at odds. To adopt this view, however, is to entirely underestimate the impact that a joint session can have.

Mediators should not be fooled into believing that clients who don’t say anything during the joint session are not listening to what is being said. Most clients are unlikely to give any sign which reveals their impressions. If we, as lawyers, are doing our job, we will be presenting arguments in a way in which the clients, who ultimately make the decisions, can understand them. If arguments are framed so technically that no one but a lawyer can understand them, then we have not achieved our objectives as negotiators, which is to persuade.

We are also not serving our clients if we merely adopt the attitude that whatever we say will make no difference to the lawyers on the other side. Most legal representatives adopt a poker face attitude in the joint session. However, if they are doing their duty as lawyers, they will frankly discuss with their clients the effect of the arguments being made by the other side. This discussion may well not take place in the presence of the mediator, but it would be a mistake for a mediator to believe that such a discussion has not occurred.

The challenge for the mediator is to use the joint session to reality-test the position expressed by the legal representatives, and to properly understand the legal positions taken by the respective parties.

In my experience, even the most sophisticated commercial parties often need to know that their point of view has been clearly and effectively expressed to the other side before they are prepared to negotiate. Joint sessions also afford the parties an opportunity to form their own impression of the way in which the other party is being represented and to understand the best points which can be made by the other side. All of these issues will operate to influence the decision-making process which goes on in the mind of the client.

In some cases, the joint session also provides an opportunity for parties to vent their feelings or to express a point of view that can be vital to a settlement. For example, I was representing a party in mediation who had had a falling out with their best friend. The issue in dispute was the extent to which each of them was entitled to share in royalties from the manufacture of an invention they had patented.

In the joint session, both sides were represented by lawyers who presented their best arguments in the usual way. At the end of that presentation my client, without warning, got up and said: “I want to make something clear”. He then said, very emotionally, that he felt that his former best friend had turned out to be a “Judas” and took the opportunity to vent his feelings. The mediator very properly allowed this to occur in the controlled environment of the mediation.

Following the outburst, having expressed his very strong point of view, and after having had the opportunity of discussing the matter with me in a closed session, my client was able to rationally deal with the proposal that his former friend might be entitled to some part of the royalties. After a full day’s negotiation we arrived at a settlement and much to my great surprise, while we were writing the terms of a Deed, my client got up from my side of the table and joined his former friend where they engaged in conversation about their families.

The incident taught me that it is very easy to assume that we know what is going on in the minds of our clients. It is even easier for a mediator to assume, not knowing those clients, that nothing they are hearing in a joint session is making an impression. But, that would be a mistake.