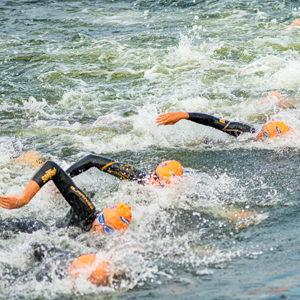 Folklaw thinks it’s impressive if we manage to do a 20-minute run, so we have major respect for Sydney lawyer Daniel Goldberg, who will next month take part in the 10km South Head Roughwater Swim in aid of Glaucoma Australia.

Folklaw thinks it’s impressive if we manage to do a 20-minute run, so we have major respect for Sydney lawyer Daniel Goldberg (pictured below), who will next month take part in the 10km South Head Roughwater Swim in aid of Glaucoma Australia.

The annual swim, which takes place on 19 May, sees participants swim from Bondi Beach to Watsons Bay. Organisers expect 50 individual swimmers, plus a number of relay teams, to take part in the event.

Goldberg, who is a special counsel in the corporate team at Addisons, said his primary motivation for taking part was to raise awareness and funds for Glaucoma Australia.

“Glaucoma is a really important problem in Australia because something like 300,000 people in Australia have Glaucoma but half of them – 150,000 – don’t know it,” he said.

“And many of them won’t know it until they’ve suffered substantial visual loss .... and that’s a really important message to get through.

“It’s sort of hammering home that message that has led me to want to take on this challenge and undertake the swim.”

Goldberg admitted that fitting in training for the swim around work and personal commitments has been a challenge.

“Finding the time involves a lot of organisation and understanding from family in terms of making that time available ... I guess I’ve been quite careful to plan to make sure that I can do it.”

Goldberg, who has been on the Glaucoma Australia council for a number of years, has taken part in some long-distance mountain-biking events to raise funds for the organisation in the past but admitted the swim “would be the biggest challenge I’ve set myself”.

He added: “I have been doing ocean swims for a number of years, but none as long and challenging as this one.”

Goldberg has so far raised around $5500, still some way off his target of $10,000, but says that people have been “extraordinarily generous”, with his colleagues at Addisons providing “lots of encouragement”.

However, it’s not all about the money, with Goldberg adding: “Even if people aren’t going to contribute money I’d really like people to think about getting their eyes tested [for signs of Glaucoma].”

For more information or to contribute visit https://give.everydayhero.com/au/daniel-goldberg