11 year old boy flies to Rome without passport or ticket 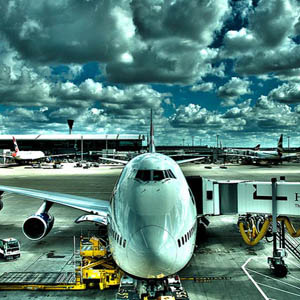 It will come as a surprise to anyone who has faced airport bureaucracy but an 11 year old boy has got away with the seemingly impossible and boarded a plane without a passport, boarding pass or ticket

It will come as a surprise to anyone who has faced airport bureaucracy but an 11 year old boy has got away with the seemingly impossible and boarded a plane to Rome without a passport, boarding pass or ticket.

While his mother was at a nearby shopping centre, the boy hot-footed his way to Manchester airport on a mission to run away from home and ended up boarding a jet2.com plane.

The stowaway made it all the way to Rome, remaining unnoticed during boarding card and headcount checks. He was only detected when he told fellow passengers of his escape.

When the cabin crew were alerted, the captain contacted Manchester Police who relayed his location to his relieved but very stunned mother.

CCTV images show the boy appeared to be part of a larger family group in the busy airport terminal.

Manchester airport spokesman Russell Craig told the BBC that it wasn’t technically a security breach as the child posed no threat to the plane.

Regardless, an undisclosed number of security staff and cabin crew have been suspended pending investigation into the incident.

Do you think this could happen again?

Are children overlooked in crowded airports?

Have your say below.

11 year old boy flies to Rome without passport or ticket

Last Updated: 22 July 2016 Published: 05 September 2013
The Women in Law Awards is the benchmark for excellence, recognising the empowering women influencing the Australian legal profession, celebrating the female leaders, role models and future champions of the industry. Register for the waitlist today for the opportunity to attend this remarkable awards ceremony and network with top legal professionals and fellow peers.
Visit womeninlaw.com.au