Lawyer plays at getting laughs 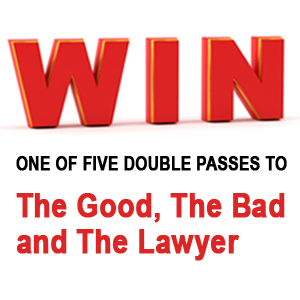 A lawyer who moonlights as a playwright is currently preparing to unleash his 13th play onto the discerning public of Sydney.

A lawyer who moonlights as a playwright is currently preparing to unleash his 13th play onto the discerning public of Sydney.

Eastern suburbs lawyer Tony Laumberg’s latest comedy for the stage, The Good, The Bad & The Lawyer, tells the story of senior law firm partner Henry Crowley, who has to deal with his wife taking an Iranian refugee into their St Ives home, a nosy journalist looking to delve into his private life and the arrival of his deadbeat cousin from Brisbane.

“I’ve always been a writer since I was a child, especially comedy, because I found if I could make people laugh they were happy and I wouldn’t get into trouble,” Laumberg (pictured below) told Lawyers Weekly.

Laumberg, who performed comedy as a teenager and then got into writing film scripts, said he met a theatre director at a dinner party 12 years ago who suggested he write a play, which is how his career as a playwright started.

Eleven of his 13 plays have featured lawyers, while this is the fifth time the character of Henry Crowley has featured in one of his plays.

“I just like writing plays about Crowley and getting him in the most awful messes,” said Laumberg.

Laumberg said he doesn’t find it hard to balance his practice as a sole practitioner with writing plays because writing is his passion.

“If you’re passionate about something you always find time for it,” he said. “I would write mostly at night and it would be very therapeutic.”

The Good, The Bad & The Lawyer will run at the Tap Gallery in Darlinghurst for three weeks from 10 October.

For writer/producer Laumberg playwriting is his passion rather than a sideline money-maker.

“With productions like this you’re just happy if you break even,” he said.

Lawyer plays at getting laughs