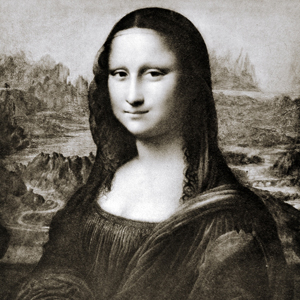 Folklaw has been considering the practicalities of art theft after a US lawyer was charged with possessing two stolen sculptures.

Folklaw has been considering the practicalities of art theft after a US lawyer was charged with possessing two stolen sculptures.

Lexington lawyer John Scott Benton didn’t show up for a court hearing on Monday (21 October) to face charges of possessing stolen art from a Versailles gallery, reported the Herald Leader. The judge has subsequently issued a warrant for Benton’s arrest.

Police were initially lured to the lawyer’s apartment by a tip from an eyewitness. There they reportedly found the two stolen bronze statues, valued at $US25,000 each.

The incident got Folklaw to thinking about how practical it is to steal art.

Now there are those genuine art lovers who feel their living room isn’t complete without a Monet or Picasso.

But what about small-time thieves who pinch art to get rich?

Folklaw has noticed that many art-heist films with a protagonist who is stealing for the money end right after the item has been successfully stolen. The reason: art is highly recognisable and almost impossible to resell.

It seems a few of the more notable art thefts of the last decade serve as a reminder that a smart criminal probably wouldn’t choose to steal art.

Folklaw recalls Dutchman Octave Durham (aka the Monkey) who was sentenced to prison in 2004 for stealing two paintings from the Van Gogh Museum in Amsterdam. He and an accomplice left a trail of evidence for police, including ladders, ropes and hats with DNA evidence that led to their arrests.

More recently, in 2008, three men wearing ski masks stole four paintings from the E.G. Bührle Collection in Zurich. The men reportedly grabbed a Cézanne, a Degas, a Van Gogh and a Monet, together worth an estimated $163 million, threw them into a van and sped off, with the stolen paintings poking out the back of the getaway vehicle – hardly the class of meticulously-planned heist featured in The Thomas Crown Affair.

Smart criminals, not that Folklaw is encouraging any readers to become one, are probably stealing things that are easier to convert to money – or money itself – and leaving art to those highly-experienced thieves out there with the right connections to turn art into gold.