Jewel of a partner raises money for PEARLS 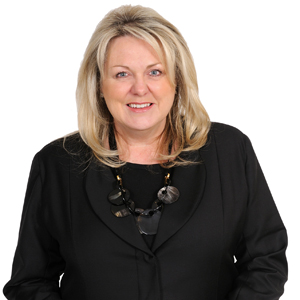 Preeclampsia, which is often referred to as high blood pressure in pregnancy, is a major cause of premature birth, as well as infant and maternal mortality; Davidson suffered from the condition when pregnant with her son 12 years ago.

“[When I spoke to my doctors] it actually came out that, while preeclampsia is very common, no one knows what causes it ... so I came together with a small group of doctors to set up a charity to raise money for research [into the condition],” explained Davidson.

“I thought it couldn’t be the case that in 2001 no one was doing anything about such a common thing, so we decided to do something about it.”

Davidson decided to set up PEARLS, a not-for-profit organisation that comes under the umbrella of the Heart Research Institute; money raised by the charity goes to fund a scientific team that is performing research into preeclampsia.

The team is headed up by University of Western Sydney Professor Anne-Marie Hennessy, who is also the managing director of PEARLS and was Davidson’s doctor during her pregnancy.

PEARLS recently held its main fundraising event for the year: an auction which took place in The Mint in Sydney on 30 October.

The auction, which has been running for 12 years, was emceed by Australian fashion designer Alex Perry and items up for grabs included artwork, jewels, dinner at some famous restaurants and a dress and fashion sketches by Perry (pictured left with auctioneer Anne Phillips).

“[Perry’s] sketches actually made more than the dress this year,” said Davidson, “so Alex was [wondering] if he was in the wrong area.”

“All the items are donated, so all the money raised goes straight into the research,” she added. “It was a very fun night.”

Around 140 people attended the event this year, and while Davidson said they had yet to finish counting the proceeds, they had definitely made more than last year, when they raised $72,000.

Davidson said Holding Redlich supported the auction by buying tickets, and added that a number of partners also came along on the night.

While it is now easier to organise the auction because she’s been doing it for 12 years, Davidson said it’s still time-consuming in the run-up to the event.

“The last week leading up to the auction it’s virtually a full-time job trying to get it all organised ... so it’s a bit of an effort, but it’s worth it.”

Slider image on homepage: Amanda Davidson with Joseph Akelian from Raphael Jewellers, one of the auction's major sponsors.

Jewel of a partner raises money for PEARLS