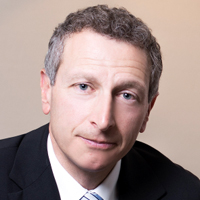 The annual barristers’ Football Challenge Cup was a highly competitive afternoon of football that took place in Sydney in September.

On 21 September, barristers from Queensland, Victoria and NSW came together for the 3rd Annual Sports Law Conference, which was held at 12 Wentworth Selborne Chambers.

The Conference was chaired by Supreme Court Justice Geoff Lindsay and it addressed the topic of Anti-Doping in Sport.

Among the speakers were: Michael Gleeson, who spoke about the role of the criminal law and doping in sport; John Marshall SC and Simon Philips, who considered aspects of the peptide inquiry announced in February, and Graham Turnbull SC, who regaled the attendees with stories (and footage) about when contact in sport becomes a crime.

The Queenslanders, led by Johnny Selfridge, comfortably disposed of a depleted but enthusiastic Victorian team, led by Tony Klotz, in the opening match, with Queensland winning 2-0. John Harris (NSW) generously stepped in as goalkeeper for the Victorians and was kept very busy. Best and fairest gongs went to Guy Andrew for Queensland and Con Lichnakis for Victoria, while the game was refereed by John Marshall SC. 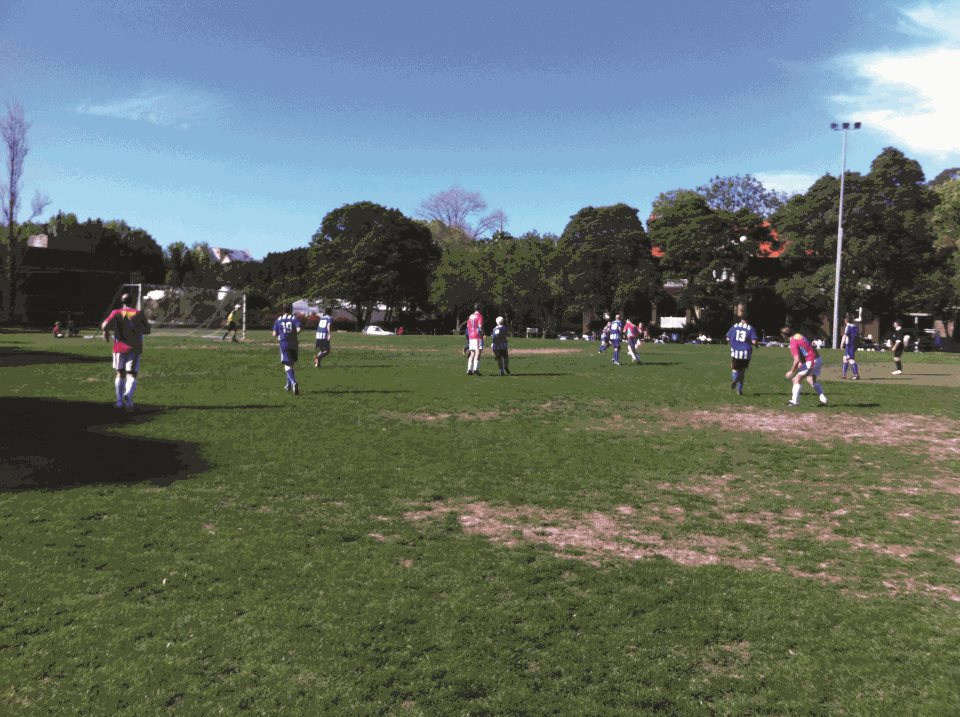 The NSW and Qld players in action

Bedrossian played a Wayne Rooney-esque role in setting up many of the plays but unfortunately had his strikes saved by the Queensland keeper (Favell) who was working overtime. Good support play was also provided by Jackson, di Michael, Ben Phillips and Maghami.â€¨

The back line was rock solid with Mahony, d’Arville, Philips and Griscti ensuring NSW keeper Harris had little to do. A further goal mid-way through the second term comfortably cemented NSW’s lead and culminated in a comprehensive 4-0 victory. Men of the Match went to newcomer Rob Munro for NSW and Daniel Favell for Queensland. Graham Turnbull SC was in control of the game. 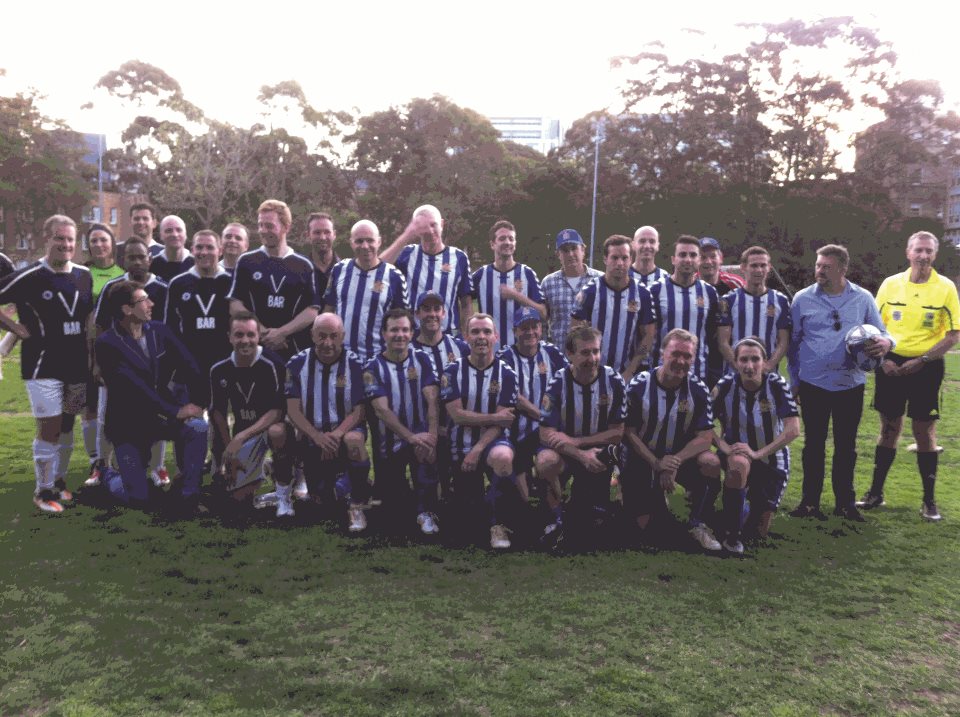 Some members of the NSW and Vic teams

Again this was a great game to watch with a number of talking points. Barcelona football was on display with Tyler-Stott, Gleeson and Lozina controlling the first half with some silky exchanges. Gleeson’s persistence paid off with a great individual goal. Kuklik in goals saw little action as a result of the backline consisting of de Meyrick, Younan, Turnbull SC, Marshall SC and Magee working hard. Indeed Magee was almost everywhere and but for Lozina’s dominance in the midfield and hat trick (the first ever in this series), would have been hard to beat for Man of the Match.

The midfield was strengthened by the presence of Jonathan Clark, Nicholas Newton and the returning to fitness of Watkins. However, the talk of the day was the front line led by Tyler-Stott, Jordan and the seasoned performer, David Patch. NSW put Victoria to the sword 6-1. Best and fairest awards went to a deserving Lozina for NSW and Klotz for Victoria for a gutsy captain’s knock. The match was under the control of Anthony Lo Surdo SC.

Their gutsy performances meant NSW Bar FC comfortably claimed all the silverware on the day.

The Conference also raised $2100, which was donated to Camp Quality to help a child newly diagnosed with cancer to attend a Family Camp.

The teams were organized by Tony Klotz from the Victoria Bar, John Selfridge of the Queensland Bar and David Stanton of the NSW Bar. The Sports Law Conference and the footie cup will take place in Brisbane next year.