Man on a Mission: Impossible 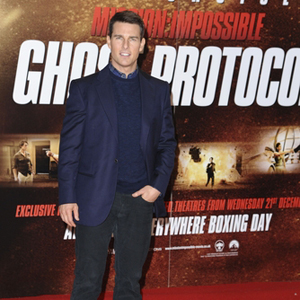 Tom Cruise’s lawyer doesn’t seem fazed by a $US1 billion lawsuit against the actor and 12 other Hollywood heavyweights over the creative rights to one of the Mission: Impossible movies.

Tom Cruise’s lawyer doesn’t seem fazed by a $US1 billion lawsuit against the actor and 12 other Hollywood heavyweights over the creative rights to one of the Mission: Impossible movies.

Folklaw can think of better ways to spend our free time than watching Cruise (pictured) leap from, and dangle off, tall buildings as he attempts to complete yet another impossible mission.

But the latest in the spy saga, Mission: Impossible – Ghost Protocol, has caught Folklaw’s attention for reasons other than its outrageous stunts.

Screenwriter Timothy Patrick McLanahan has claimed that the 2011 film was based on a script he wrote in 1998 called Head On, which he tried unsuccessfully to get made in Hollywood, reported celebrity news website Radar Online.

McLanahan names Cruise among 13 defendants in the lawsuit filed in December. The document alleges that Creative Artists Agency (CAA), which represents Cruise, got its hands on the Head On script without McLanahan’s permission and used it as the basis for the 2011 Mission: Impossible film.

Cruise’s lawyer, Bert Fields, has dismissed the lawsuit as “bizarre”.

What intrigues Folklaw, however, is how McLanahan arrived at the nice, round, stupendous damages figure of $US1 billion.

Apparently $US1 billion represents the total of Ghost Protocol’s box-office receipts, plus all profits from DVD and Blu-ray sales and other rental and subscription proceeds.

McLanahan wants the lot, which leaves Folklaw wondering whether the case will be heard ­– or whether it will self-destruct in 10 seconds...

Man on a Mission: Impossible