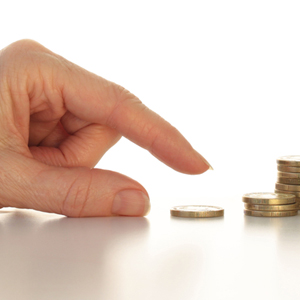 A Melbourne lawyer has fully admitted allegations that he stole between $4 million and $5 million during an almost 20-year period from the Emerald firm where he worked, a court has heard.

A Melbourne lawyer has fully admitted allegations that he stole between $4 million and $5 million during an almost 20-year period from the Emerald firm where he worked, a court has heard.

The Age reports that Alan John Munt, 60, was bailed on 6 March and appeared in Melbourne Magistrates Court last Monday where his lawyer said his client had co-operated with a police investigation "from the outset".

In fact, Munt’s defence lawyer Martin Amad said the only input he would have in the case was to see there was no "duplication" in the 69 theft and deception charges Munt faced.

"Basically the facts scenario will remain the same," he told magistrate Amanda Chambers.

The $5 million Munt case reminds Folklaw of the classic American TV series that ran from 1974 to 1978 – The Six Million Dollar Man. Lee Majors played the title role of Steve Austin, and in those heady days there was even an equal opportunity spinoff, The Bionic Woman.

In ‘The Six Million Dollar Man’ Austin was a former astronaut working for a fictional government office known as OSI. His right arm, both legs and left eye had been replaced with bionic implants that enhanced his strength, speed and vision far above that of ordinary mortals. He could run at speeds of almost 100km per hour, his eye had a 20:1 zoom lens and infrared capabilities and his limbs all had the equivalent power of a bulldozer.

Older Folklaw readers will remember that at the start of each episode a gravelly-voiced American intoned: “We can rebuild him. We have the technology…”

Folklaw is not sure how Munt spent the up-to-$5 million he purloined over nearly 20 years in semi-rural Emerald, which is just over 40km from Melbourne – but would be inspired to learn that he had invested it as wisely as the US government did in the person of Steve Austin.

Then again, if he did, there’s not a jail in Victoria that would hold him.