Destined to be a lawyer 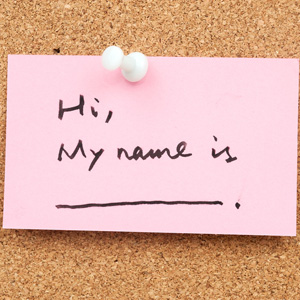 Folklaw recently stumbled upon the most bizarrely appropriate name for a lawyer...

Folklaw recently stumbled upon the most bizarrely appropriate name for a lawyer...

That’s right folks, there’s a lawyer out there called Habeas Corpuz, one of the 1174 law students who recently passed the bar exam in the Philippines.

But, as it turns out, Habeas’ parents didn’t intend to plant the seed that would later inspire their son to pursue a career in the law. They simply couldn’t agree on a baby name.

According to Inquirer.net, soon after Mrs Corpuz gave birth, a nurse inquired of the baby’s name and his father blurted out “Habeas”.

It wasn’t until Habeas was in high school that he researched the meaning of his name, which influenced his decision to go to law school.

The Supreme Court released the list of bar passers last Tuesday (18 March). Just hours later, Corpuz was all over Twitter.

“Oh, man. Habeas Corpuz is the best name a lawyer could have. Bonus points if he becomes a Human Rights lawyer,” one tweet said.

Another congratulated Corpuz for “fulfilling what I assume must have been your parents’ lifelong pun”.

Destined to be a lawyer