Briefs? We could talk about this all day 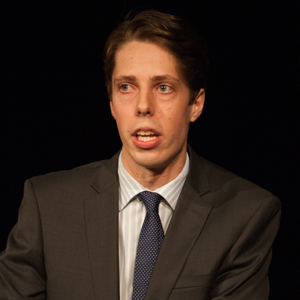 The NSW Young Lawyers’ Golden Gavel competition was held at the Westin Hotel, Sydney, on Friday, 16 May 2014.

The wining speaker, Allens’ lawyer David Mierendorff (pictured), had the 600 strong crowd in stitches during his speech on the topic of Boxers or briefs: The secret life of a barrister.

Mierendorff explained that briefs were documents that lawyers gave to barristers but were also “kinds of underwear”.  Citing Wikipedia, Mierendorff said that the following ‘needlessly explanatory’ definition of ‘briefs’ was given as “a kind of short tight underwear,” he said, adding that; “The main difference between male and female briefs is that male briefs are often designed with a seam or much larger pouch in the crotch area to accommodate a bulge”.

In Mierendorff’s opinion, the topic reflected the inherent masculine nature of the Bar, given that women only comprise around 25 per cent of barristers.  He quipped that “the Bar, if you like, has a seam or much larger pouch area in the crotch to accommodate the bulge of men”.

Although a masculine topic, Mierendorff said that the topic could have been much worse if it was “Panties or gee strings: both are visible through a glass ceiling”.

The runner up, Antony Faisandier from Baker & McKenzie, impressed with how he tackled the topic of You have been endorsed: Performance review 101.

Faisandier exclaimed that performance reviews had become ‘impersonal’ and included “endorsements on LinkedIn [which was] basically the non Facebook equivalent of a poke” and asked “where is the fire, where is the passion, where is the anger?”.

In explaining that performance reviews usually provided good and bad appraisals, he chose to focus on the good.  Faisandier warned that “the only thing we know for sure is in about 10 years our jobs will be done by our printers and performance reviews will be in binary”.

Peter Craney, lawyer from Blackstone Waterhouse, took out the People’s Choice Award that was presented by Sparke Helmore partner Mark Doepel.  His topic was How I met your mother: at a CPD seminar.  Craney opened his address by presenting her Honour Justice Ward with a “little gift” being a $3,000 bottle of Penfolds Grange.

Not to be outdone by last year’s judge, Justice Michael Kirby, who donned a gold jacket, her Honour Justice Julie Ward wowed the audience when she paraded a pair of gold sparkle platform shoes whilst on stage to announce the winner and runner up of the competition.

The competition was sponsored by Sparke Helmore Lawyers and Taylor Root.  Videos of each speaker and Justice Ward’s presentation are available on the Gavel’s Facebook page here.

The Golden Gavel competition is open to all lawyers up to the age of 36 or in their first five years of practice, and law students.  Each speaker is given 24 hours to present their speeches of five minutes each.  It is held annually during Law Week.  The winner goes on to represent NSW in the National Competition in Canberra in September.

Briefs? We could talk about this all day