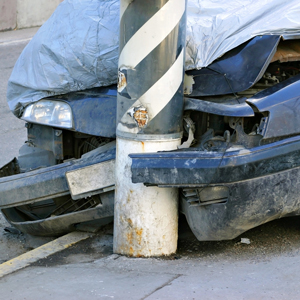 Defence attorney Gary Hickey appears to be his own number one client. The 64 year-old lawyer is vying for the district attorney’s badge in California's Central Valley and his campaign seems to be dogged by escaping the law, rather than upholding it.

Defence attorney Gary Hickey appears to be his own number one client. The 64 year-old lawyer is vying for the district attorney’s badge in California's Central Valley and his campaign seems to be dogged by escaping the law, rather than upholding it.

Vocativ.com reports that Hickey was arrested for public drunkenness on Friday night (23 May), after police received reports he was driving under the influence in a rental U-Haul truck.

However, it seems like a night in a police holding cell wasn't enough for this allegedly boozy attorney.

Within the same 24hours, Hickey was in trouble with the law again, booked on suspicion of misdemeanour assault the following night. Allegedly, he was under the influence again, and then allegedly beat a woman who lived at his residence.

Folklaw fancies a few bevvys after a long slug in the office, but as more of a lover than a fighter, it makes sure its fists are kept in the pocket and the car keys are kept out.

Vocativ.com reports that Hickey has been in the news for his behaviour away from the desk before.

Just last month he was arrested for a DUI and two weeks later he was in trouble with the authorities again after allegedly dislocating a man’s hip during a brawl over money.

The victim claims Hickey clobbered him with a shoe, knocked him over and charged at him with a fence post driver.

Hickey denies any wrongdoing regarding that confrontation.

In August 2013 he fled the scene after crashing his Mercedes into a telephone pole and has been accused by colleagues of showing up to work drunk.

While such a list of run-ins and alleged misdemeanours would provide most folks with pause for reflection on whether to back out of the race for DA, Hickey is cut from a different cloth.

But Hickey is adamant on continuing with the race.

“I’m going to run like hell. That’s a silly question. I’m a trial lawyer. I don’t quit” he is quoted as saying on Voactiv.com

Hickey has suggested his recent arrests are related to some sort of conspiracy to soil his political campaign.

Whatever the case, it will be interesting to see how he fares in the primary election on 3 June.