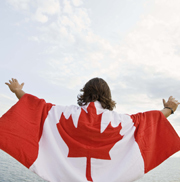 Folklaw knows of many partners who have moved to various parts of the world for a firm, but this is the first time we've heard of a firm following a partner.

Folklaw knows of many partners who have moved to various parts of the world for a firm, but this is the first time we’ve heard of a firm following a partner.

Allen & Overy has opened an office in Canada after structured finance partner François Duquette said he wanted to go home, reported The Lawyer.

Duquette was the founding partner of the Magic Circle firm’s Casablanca office. He also led the firm’s expansion into Abu Dhabi. But after 10 years abroad he was homesick, and he told A&O so.

Rather than lose a highly-regarded partner, the firm has opened a small base in Toronto.

A&O said it is not looking to compete with the local market or expand the office beyond Duquette and one associate.

A&O put a Canada launch on hold in 2011, the year after the firm launched in Australia. It has been reported that the firm wanted to focus on its Oz operations.

Whether investing in a Canada office was a wise business decision remains unclear, but A&O definitely gets the prize for the firm that will go above and beyond for its high-earning partners…

Last Updated: 17 September 2020 Published: 24 June 2014
The Women in Law Awards is the benchmark for excellence, recognising the empowering women influencing the Australian legal profession, celebrating the female leaders, role models and future champions of the industry. Register for the waitlist today for the opportunity to attend this remarkable awards ceremony and network with top legal professionals and fellow peers.
Visit womeninlaw.com.au