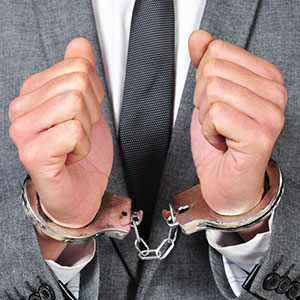 The fate of the prime minister of Papua New Guinea hangs by a thread as evidence piles up implicating him in fraudulent government payments made to a national law firm._x000D_

The fate of the prime minister of Papua New Guinea hangs by a thread as evidence piles up implicating him in fraudulent government payments made to a national law firm.

PNG’s anti-corruption agency, Task Force Sweep, has alleged that the PM, Peter O’Neill, authorised Paraka Lawyers to be paid $30 million by the Ministry of Finance for legal work it never actually completed.

It is almost comical watching the main players in this scandal scramble to retain whatever vestige of integrity they have left. Folklaw is enjoying watching the merry-go-round of political corruption grind to a halt as those in on the conspiracy are exposed one by one...

Paraka Lawyers is a large firm with 20 offices and over a thousand employees spread across the country. The firm has done work for the government in the past, but in their investigation Task Force Sweep found that 97 per cent of the 2716 bills paid to Paraka Lawyers between 2003-06 by the government were “inflated, falsified, bogus”.

The principal of the Paraka Lawyers, Paul Paraka, was charged last year with 18 offences including conspiracy to defraud, stealing by false pretence and money laundering. He maintains he is innocent.

Task Force Sweep claims to have uncovered evidence of the PM’s involvement. In mid-June they advised the police of their findings and a warrant was issued for his arrest.

The key piece of evidence in the investigation is a letter from the PM’s office signed by O’Neill himself on 24 January 2012.

The letter authorises the Ministry of Finance to pay Paraka Lawyers for services that the anti-corruption investigators claim are fictitious.

The PM asserts that the letter is a forgery and did not come from his office, but this has been challenged by forensic evidence that confirmed the signature is legitimate.

Recently, a second letter has emerged, also signed by the PM, which refers explicitly to the earlier (supposedly fraudulent) letter.

The PM admits to signing this second letter but claims he was not fully aware of its contents and that it was drafted by his chief of staff, Isaac Lupari. This claim is not supported by Lupari, who has refused to comment on the matter.

Former attorney-general Kerenga Kua, who was sacked by the PM for questioning his leadership, said, “If [the PM] says that he didn’t sign the first letter, then how is it that in the second letter he refers to the first letter by date?”

The new attorney-general Ano Pala has been asked by the PM to disband Task Force Sweep, the anti-corruption body originally established in 2011 by the PM himself to investigate the Paraka fraud.

Folklaw wonders how the country can function with a PM who is on the run from the police. It’s no wonder that the opposition leader Belden Namah has demanded O’Neill resign.

The PM wasn’t going down without a fight so he immediately took to the courts to reverse the arrest.

The judge was, understandably, confused and inquired why the courts should interfere in police business when there was no question of foul play in the way the warrant was obtained.

There was, however, some uncertainty over who had signed the arrest warrant. The police commissioner at the time, Tom Kulunga, was too busy jumping hoops to appeal a sentence of seven months with hard labour to be paying close attention to the matter.

Kulunga was in trouble with the courts for failing to reinstate Geoffrey Vaki as Assistant Commissioner of Police Operations after Vaki had been suspended in 2012.

Despite all this confusion, the PM’s arrest was upheld.

Concerned that the courts might do exactly this, the PM wielded his power of office to fire the police commissioner and replace him with Geoffrey Vaki who was more favourable to his cause.

Following the appointment the police took a 180-degree turn and told the courts they were no longing seeking to arrest the PM. Vaki has publically stated that the police have no intention of detaining the PM any time soon.

It doesn’t take a genius to work out that something dodgy is going on behind the scenes here.

The climate of political instability has produced a fracture within the police force. Some officers are backing Vaki’s decision but a number of ‘rogue police’ who have remained loyal to the dismissed police commissioner are still keen to arrest the PM.

Evidence of this unrest was demonstrated recently (2 July) in an attempt by the Fraud Squad to detain Vaki. The squad confronted the commissioner at the police headquarters and charged him with conspiracy.