Lawyers band together for detained journo 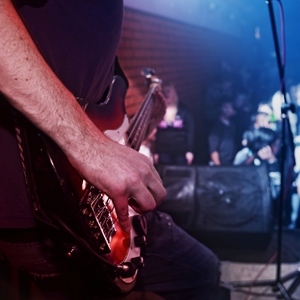 The legal profession is banding together in Victoria to get down and boogie with some rock ‘n roll of the 60s, 70s, 80s and 90s next month.

And it’s all for a worthy cause.

The legal profession is getting together for a concert to raise money to support journalist Peter Greste, who is currently detained in Egypt.

“We have all been shocked at the way that case has developed,” chairman of the Victorian Bar Will Alstergren QC said.

“It highlights how fortunate we are to practise here in a nation where the rule of law, due process and judicial impartiality are valued and protected – and what can happen when they are not.”

The concert is the brainchild of Justice Lex Lasry of the Supreme Court of Victoria, who moonlights as a drummer with the Lex Pistols band, and non-profit production company for the legal profession BottledSnail Productions.

The Lex Pistols includes the glitterati of the legal profession. Director of Public Prosecutions John Champion SC is the lead guitarist.

Barristers from the Victorian Bar Michael Cahill and Alister McNab will play the bass and the saxophone respectively, while WorkSafe senior legal manager Jocelyn Cole will belt out the numbers as the lead vocal.

Multitasking on vocals, guitar and keyboards will be former director of the Office of Police Integrity Victoria, Michael Strong.

Justice Lasry has been involved in many high-profile cases as a barrister. He was the independent observer for the Law Council of Australia at the trial of Australian Guantanamo Bay detainee David Hicks, where he attended and reported on the hearings at Guantanamo Bay in 2004 and 2007.

He also took up the case of two of the Australians convicted of drug trafficking in Bali.

Justice Lasry was in contact with Greste’s family for a period of a month after he was detained and was following the case, according to BottledSnail Productions artistic director Max Paterson.

“When the sentence was handed down last month he, out of a sense of frustration, came up with the idea of holding a benefit concert in support of Peter Greste,” Paterson told Lawyers Weekly.

Along with raising money for the Greste family and helping them find a way to free Peter Greste, Justice Lasry wants to advocate for the importance of judicial impartiality with this concert.

He also wants to highlight the importance of press freedom and publication of decision-making.

The bigwigs of the legal profession have backed Justice Lasry in his quest.

The Law Institute of Victoria, the Victorian Bar Council, the International Commission of Jurists, Amnesty International, and Australians Detained Abroad are partnering the initiative.

Even the Chief Justice of the Supreme Court of Victoria has indicated support.

The concert also features the likes of Ross Wilson from Daddy Cool, Ella Cooper from Killing Heidi, Mark Seymour from Hunters and Collectors, along with Frente, Vika and Linda Bull and the Rockwiz Orkestra among other Aussie performers.

The concert is slated for 21 August at the Hi-Fi in Melbourne.

Lawyers band together for detained journo