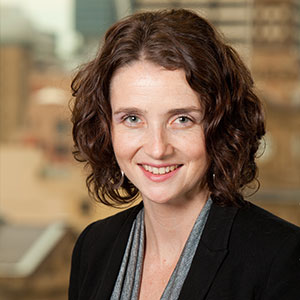 International Justice Mission (IJM) Australia is calling on lawyers to donate the equivalent of their hourly charge-out rate to help combat sex-trafficking in The Philippines.

The proceeds of the Time For Justice campaign, which will be held in October, go to IJM lawyers and social workers on the island province of Cebu.

Amber Hawkes (pictured), the chief executive of IJM Australia, told Lawyers Weekly that IJM lawyers in Cebu face numerous challenges, such as corruption, poor resourcing and extended delays, in what she described as a “broken” justice system.

To illustrate, Hawkes said it is not uncommon for trials to take seven years.

“This work needs resources to not only fund the salaries of the lawyers but the costs [involved in] going back again and again to these delayed hearings, and [to work] with prosecutors and witnesses to provide training.

“We know here in Australia, being lawyers, that our time is money, and there are a lot of hours that go into pushing these cases through a broken justice system and finding out where the gaps are so with can fix them with extra training, advocacy and support.”

The campaign target is to raise $100,000 – the equivalent of the annual salary of five full-time local lawyers.

Over the past few months, King & Wood Mallesons, Clayton Utz, Norton Rose Fulbright and Baker & McKenzie have hosted boardroom lunches to raise awareness of the work of IJM Australia.

From those lunches, ambassadors have been recruited to raise funds and awareness through the Time For Justice campaign.

Hawkes is currently in talks with a number of firms about other ways they can contribute to IJM, such as pro bono assistance, particularly from global firms with a presence in the regions where IJM operates.

IJM is a global not-for-profit organisation that launched an Australian office in May.

Hawkes, who spearheaded the launch, is supported in Sydney by lawyer Kimberly Randle, who has been appointed IJM Australia’s strategic partnerships manager, and Norm Lee, senior legal counsel at AMP Capital and a member of the IJM Board.

A number of Australian lawyers are already working in Cebu, one of the world’s worst sexual exploitation hotspots.

An independent study has found that over a four-year period the work of IJM has contributed to a 79 per cent reduction in the prevalence of minors involved in the commercial sex trade in Cebu through the strengthening of the local justice system.

The United Nations estimates that more than two million children are exploited in the commercial sex trade globally.

The overarching aim of the IJM is to improve the justice systems of developing countries by providing on-the-ground technical assistance and strategic and financial resourcing to protect the poor from endemic violence.

“One of the reasons [the poor] are so vulnerable to this kind of violence is their justice system doesn’t work to protect them from violent people,” said Hawkes.

“As lawyers, we understand the benefits that [an effective] justice system can bring and we’re excited about the prospect of Australian lawyers being able to contribute to justice and strengthen these systems for other people overseas.”

Before launching IJM Australia, Hawkes was a solicitor with the Office of the Commonwealth Director of Public Prosecutions and, prior to that, a special counsel in IJM’s South Asia office working on cases of forced labour slavery.