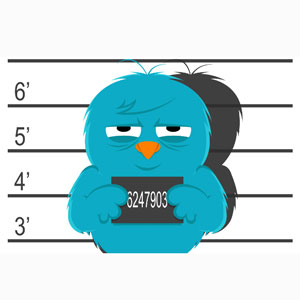 The Twitter account, @TarnBabe67, was set up on 28 September, the same day that Cunliffe announced he would resign as leader.

Price is an owner of environmental legal practice ChanceryGreen and has previously worked as a senior solicitor at Chapman Tripp.

Her husband led the Labour Party in a crushing defeat in the September 2014 general election and his support has dwindled to less than one-third of Labour MPs since then.

The new Labour leader will be announced in late November. Currently, only Cunliffe and one other candidate, Grant Robertson, have thrown their hats into the ring.

The Twitter account criticised the “sneaky backroom caucus stitch-up” that was threatening Cunliffe’s leadership position and called for those “disloyal” to Cunliffe to be expelled from the party.

It said the “jealousy” of the “Anyone But Cunliffe” leaders, Trevor Mallard and Clayton Cosgrove, knew no bounds and that these two MPs were “long past their use-by date”.

The account only accrued seven followers during its brief, three-day existence but, curiously, Cunliffe was amongst these followers.

Cosgrove tweeted responses to the attacks, saying, “Why would I be jealous of someone who took us to the biggest catastrophic defeat ... since 1922?”

He also wrote that if everyone against Cunliffe was expelled, “we may be in danger of having a very small party”.

Cosgrove later claimed that Cunliffe must have known what was going on: “Let me put it this way. If my partner set up a Twitter account to attack members of the caucus, I would know about it.”

Folklaw likes its politicians feisty, but this Twitter spat is like something out of the TV series Rake!

Price confirmed that she set up the account and told the New Zealand Herald: “I made a number of comments that I deeply regret.”

She said the “intense media attention and scrutiny” since the election had provoked her “ill-judged” Twitter warfare.

“My actions … were the result of extreme frustration and trying to look after my husband and family,” she said.

Cunliffe maintains that he had no idea that his wife had set up the account.

“None of [my staff] knew it was Karen … I had absolutely no knowledge of the account.”

He said he could not defend his wife’s tweets, but added that she was motivated by a desire to protect her family during a stressful time.

“I’m not into any form of gutter politics. I’m distraught that this has occurred.”