Charitable lawyers work up a sweat 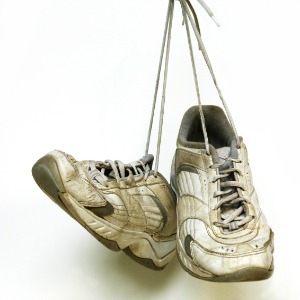 Last Saturday, 150 members of the Law Society of Western Australia kicked up the dirt in the marathon of their choice as part of the Lawyers for a Cause event.

Participants choose between a diabolic 40km cycle, a tough 10km run and a not-completely-unchallenging 5km hike along the Swan River, in an effort to raise money for charity.

The event began as the rest of Perth was asleep – at the God-awful hour of 7.45am – and wrapped up in a more civilised fashion with brunch at Royal Perth Yacht Club.

And just as Folklaw was starting to think that staff and members had earned a long weekend, we heard that flooding of the Law Society of WA offices on Monday night left the building inaccessible for three days.

A failed hydrant granted everyone a holiday due to the accidental swimming pool in the basement … now, that’s what we call divine intervention!

Lawyers for a Cause is a biennial sporting event that raises funds for the Chief Justice's Law Week Youth Appeal Trust. The trust has been running for the past 13 years to support charities, particularly those devoted to keeping young people out of the criminal justice system.

In 2012, the event raised $15,000 for Kimberley Headspace, which used the funds to support two 10-week programs to build the health and wellbeing of young people living in Broome.

Charitable lawyers work up a sweat