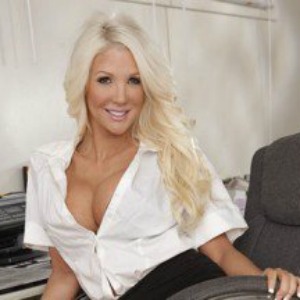 Swift (professionally known as Holly Price) was one of the lucky few that passed the exam, which had a failure rate of over 50 per cent this year.

“I took the July 2014 California bar exam (my first time taking any bar exam), and I PASSED. No, I did not get time and a half, nor do I have any inside connections to the California State Bar,” Swift told Above the Law.

“How did I do it? Because unbeknownst to many, women in the adult industry are intelligent and can matriculate through a cutthroat tier-three law school, and pass the hardest bar exam in history,” she said.

Swift may have just walked out of Hollywood but she’s stumbled right into a real-life sequel of Legally Blonde by opting for law as her way of giving haters the finger.

As a 2013 graduate of unranked Western State University College of Law, many might be surprised that Swift acquired the legal proficiency to pass such a diabolic examination.

Perhaps, the real shock here is that around 75 per cent of first-time takers from this less-than-prestigious college pass the exam, a proportion that is much higher than the average.