Firms target cyclists to stay ahead of legal peloton 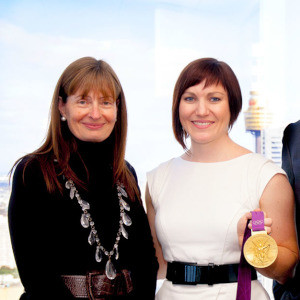 KWM announced on 24 November that Meares has linked up with the firm for two years to “use her experience as an elite athlete to help KWM staff in their pursuit of excellence”.

There is no doubting Meares is a champ of the velodrome.

Her gold medal-winning feats in Athens in 2004 and London in 2012 make both her and 2011 Tour de France winner Cadel Evans as Australia’s two greatest ever cyclists.

“There are clear synergies between Anna’s road to success and our own strategy to be the number one firm in Australia,” comments Kench.  “Our partners and staff will learn from her dedication, determination, resilience and passion which will help them prepare and excel in their own careers.”

While it is debatable whether Meares’ skills will assist with a dual-track process for clients running a concurrent IPO and private auction, her own list of current clients certainly makes for interesting reading.

Toshiba, Musashi and BHP Billiton are listed in her portfolio of sponsors, with the latter company appointing former Herbert Smith Freehills partner Geoff Healy as head of legal in 2013.

HSF, of course, signed up Australian Tour De France rider Simon Gerrans earlier this year, with lawyers and clients getting the chance to eat and ride with the ORICA-GreenEDGE Tour captain in Melbourne and Sydney last month.

To ensure no bias or funny business in any such race, Folklaw suggests that Tony O’Malley, the former head of KWM in Australia and a keen cyclist who is now pedalling his wares at PwC, should act as the referee…

Firms target cyclists to stay ahead of legal peloton