Who is the worst sinner? A thieving lawyer or an armed criminal? 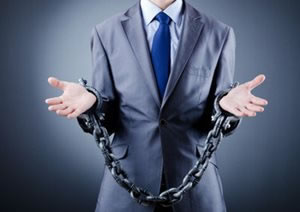 A senior lawyer in Savannah has described a lawyer that allegedly stole US $500,000 from clients as being as deserving of “less forgiveness” than an armed robber.

63 year-old Vidalia, Georgia attorney Wilson Randolph Smith was arrested this week on charges of forgery and theft in relation to a US $500,000 settlement that he allegedly never passed into clients.

Smith’s alleged behaviour has drawn the ire of colleagues.

savannahnow.com reports that senior Savannah attorney William P. Franklin Jr wrote to Smith and implored him to “do the right thing”.

“For years I have complained about lawyer misconduct and how we as a profession have turned a deaf ear and blind eye towards grievous lawyer misconduct,” wrote Franklin. “It is time for me to not only talk the talk but, more importantly, walk the walk.

“I could understand and would have more forgiveness for an armed robber than a lawyer who betrays his fiduciary responsibility to clients who entrusted their case to him.”

Franklin, a previous winner of the wonderfully titled Savannah Bar Association Judge Frank Cheatham Jr. Professionalism Award, described Smith as a “good friend” in his letter and said that he “wanted to give you (Franklin) the benefit of the doubt, but quite frankly it is impossible to do so”.

It is alleged Smith forged the signature of his client on a malpractice suit without their knowledge and then never informed them the matter had been settled.

Folklaw knows lawyers are busy, but this is the sort of stuff that you just can’t leave in the back of the mind.

Who is the worst sinner? A thieving lawyer or an armed criminal?