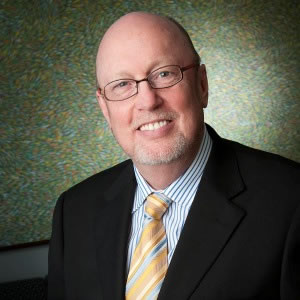 Firms must have a clear strategy regarding Asia, which includes Australia, to remain relevant on the global stage, writes Dr Stephen Moss.

Over the next five years Asia is likely to grow at more than two times the pace of the developed world. The implications of Asia’s growth will see a fundamental long-term shift in the global economy.

Over the next 20 years, Asia will likely become the most dominant economic region in the world.

To ignore Asia as part of your international strategy is to risk not being a part of the growth and development of the next decades.

For the global legal services industry this has significant implications for the future movement of firms.

Law firms traditionally follow their key clients. With both inbound and now outbound investment into and out of Asia growing strongly, law firms must adapt and be able to follow their clients into new markets.

Firms that have not done so already will need to develop a clear Asian strategy if they seek to remain relevant on the global stage.

Hong Kong and Singapore have long been destinations for international firms looking to follow their clients into Asia, so much so that the domestic markets of both countries now have highly saturated legal markets with over 130 and 150 registered foreign firms respectively.

Mainland China has more recently experienced a significant growth in foreign firms, with over 250 foreign firms now practising within China. This growth in legal services in China, however, merely touches the surface of the legal work currently on offer in the country. With the Chinese economy continuing to grow the need for legal services will undoubtedly follow suit.

The increased level of interest in foreign firms entering China is poised to dramatically grow. Macroeconomic factors like the significant rise of the Chinese middle class, exceptional requirement for infrastructure investment and the demand for hard and soft commodities around the region will continue to attract international law firms into China as they aim to capitalise on the economic growth and associated need for legal work across the region.

This driving effect, coupled with the inevitable easing of restrictions on foreign firms, will make it more viable for firms to enter the Chinese domestic markets. King & Wood Mallesons were obviously a first mover in international combinations and the more recent Dentons and Dacheng combination is only the tip of the iceberg for international firm groupings. Government policy initiatives like the ‘Qianhai Special Economic Zone’ in the south of China are expected to facilitate the growing integration of foreign firms practising mainland Chinese law leading to an environment preparing for development.

Australia is no longer in the grip of the resources boom. The dollar has stabilised to a more realistic level against the US dollar and it remains a well understood regulatory and tax environment with a relatively strong economy. Since the GFC, Australia’s GDP has grown by 18 per cent and China’s FDI into Australia continues to steadily grow.

Australia’s economic stability is coupled with its increasing political and social influence in Asia. Former Australian prime ministers Bob Hawke and Paul Keating were instrumental in the establishment of the Asia-Pacific Economic Cooperation (APEC) forum last century, while in January this year, Australia won the prestigious Asian Cup football tournament for the first time.

Australia, once seen through post-colonial eyes as geographically part of Asia but culturally more aligned to Europe, is now ensconced as an integral part of Asia’s growing economic and political might.

For international law firms, Australia should not be ignored.

It is a destination able to provide both a direct platform into Asia and also an opportunity to take advantage of the wider disruption in legal services in the Asia-Pacific.

Australia also has an exceptionally attractive foreign investment environment, to the point where Australia was the largest recipient of foreign direct investment from China between 2005 and 2015, greater than the US and Europe, a salient statistic considering Australia’s relatively small population base. This provides further incentives for international law firms to enter the Australian market as another platform into Asia.

Dr Stephen Moss is an adviser to the legal services sector. He has advised a number of international firms on their entry into Australia and Asia more generally. Mr Moss is chairman of Eaton Capital Partners, and on the board of a number of other professional services firms in the region.