HSF puts on the ritz 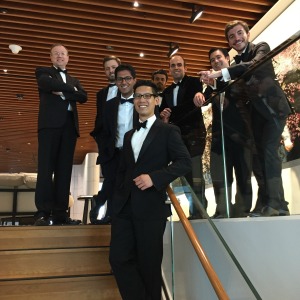 HSF solicitor Michael Compton, one of the lawyers who suited up, said HSF valued social inclusion and diversity.

“Fitted for Work is a charity which promotes social inclusion by helping women who are experiencing disadvantage to find work and achieve financial independence, and so is a charity which is closely aligned to our firm values,” he said.

According to Mr Compton, HSF has supported Fitted for Work for a number of years through clothing drives and fundraising initiatives.

Mr Compton suggested the team had achieved its goal of “doing good by looking good.”

“The day is certainly not without the odd budding comedian on the bus to work enquiring whether this was usual Tuesday 'get-up' or a few quizzical looks from colleagues at lunch,” he said.

“But it's all part of the fun of the day and helps raise awareness for the important work that Fitted for Work does.”

HSF puts on the ritz