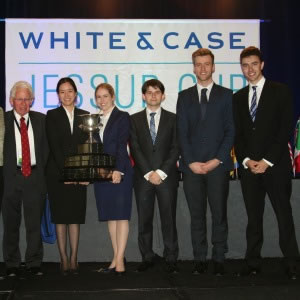 A team from the University of Sydney have been awarded first place in the Philip C Jessup International Law Moot Court Competition.

The moot, held in Washington DC each year, is a simulation of the International Court of Justice (ICJ). It brings together 550 teams from more than 80 countries to discuss international law issues.

Sarah Bradbury, who was named best advocate in the competition, described the win against a team from Pontificia Universidad Católica de Chile as a “surreal experience”.

"We've been working so hard and for so long, and never imagined we would make it all the way to the finish line. We were thrilled to conclude our Jessup experience on such a high note,” she said.

“The Jessup moot attracts incredible students from the best universities around the world," said Alice Zhou, who was named best advocate in the final.

"This is a tremendous result for our talented students," said the dean of University of Sydney’s law school, Professor Joellen Riley.

The grand final was presided over by two judges from the ICJ, Sir Kenneth Keith and Judge Joan Donoghue, as well as international law professor and renowned advocate Professor Harold Koh.

The team of five (pictured) also won the Australian rounds of the competition in February. They travelled to the US with their opponents from the University of Western Australia, who also competed in the international round.

The moot problem this year involved the secession and annexation of a territory, inspired by the recent events in Crimea.

“It also concerned the termination of a bilateral mining treaty in the face of a dramatic change in the economic value of that mineral, highlighting the importance of natural resources to developing states,” Ms Zhou said.

The team spent months preparing for the competition, researching the relevant areas of law and engaging in practice moots from November last year.

“This was a fantastic experience, and allowed us to meet judges, barristers and solicitors who had an interest in international law, or who once themselves competed in the Jessup,” Ms Bradbury said.

Ms Zhou described travelling to the US as an exciting experience: “After working on the Jessup all summer, we were eager to meet all the other students who had worked on the same problem.”

Ms Bradbury said participating in the competition had helped open her eyes to the opportunities available in international law: “I am now realising this doesn't just have to be a hobby.”

Although the moot is an “extraordinary commitment” and is “intellectually extremely challenging”, Ms Bradbury said she would definitely recommend it to other students.

“The experience you receive in properly researching and writing a sophisticated legal argument, and working in a team with four bright individuals, is so rewarding. The Jessup moot also allows you to explore the world of oral advocacy, and to learn how to persuasively put forward an argument before even the most unrelenting of judges.”

The key lessons she took from competition include the importance of being concise and the ability to focus quickly on the key issues.

“We had to condense numerous complex legal and factual questions into 20-minute oral submissions and learned to set out the law as clearly and quickly as possible, then go right to the heart of the contention between the parties.” 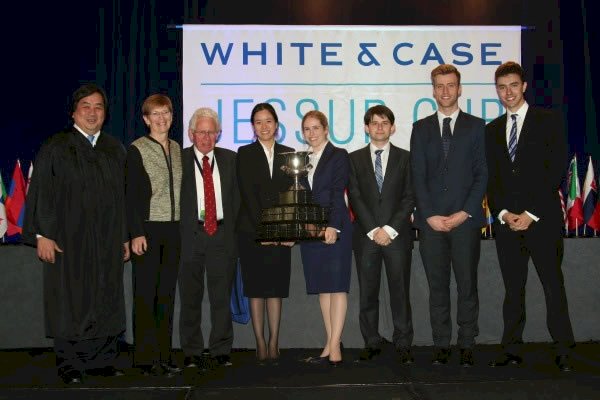