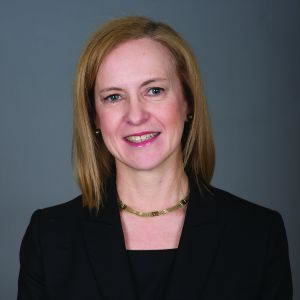 Australia aspires to be a hub for international arbitration, but is it ready to take on the competition? Bronwyn Lincoln asks.

There is constant debate within the Australian legal, business and academic fraternities concerning the country's future as an international arbitration hub.

Emphasis is almost always given to our geographical location and the fact that our major cities will never be stopovers for major transit routes. Observations are also made about the ‘head start’ of our regional Asian neighbours (notably Singapore, but also Hong Kong and more recently Kuala Lumpur and Seoul).

A final argument, as put forward by Ms Rashda Rana SC, is that increased government funding is pivotal to Australia’s success.

Although these are valid observations, there are, however, other considerations. There is also the question of whether Australia’s future in international commercial arbitration must mirror its regional competitors, or whether it can shine just as brightly with a different model.

It remains the case, even in 2015, that many Australian businesses, including large multinationals, do not appreciate the significance of international commercial arbitration to global trade. The fact is that a foreign arbitral award is, generally speaking, far easier to enforce outside of Australia than a judgment of a local Australian court. This can make a big difference to the risk profile of a cross-border transaction. When corporates are not aware of the importance of international commercial arbitration to their own foreign investment and trading, it is unreasonable for us to expect that these corporates will promote Australia or will even turn their mind to selecting an Australian city as a place of arbitration.

As to whether Australia should compete ‘head to head’ with regional hubs like Singapore, it must also be realistic about the challenges, its prospects and the time period over which this will be assessed. It is perhaps too soon to expect Australia to establish itself as a key player in international arbitration services when many of its own corporate constituents have yet to appreciate how important the market is. Government funding is not the only answer – the first and most significant step is getting the message across to the business community. In other words, expanding the international arbitration market within Australia will go a long way to creating the right environment in which Australia can pursue its objective of establishing itself globally as a regional centre.

Bronwyn Lincoln is a partner at Herbert Smith Freehills.