Using litigation crowdfunding to your advantage 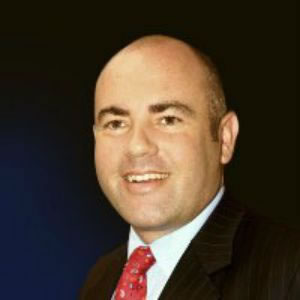 The Australian market is primed for an explosion in litigation crowdfunding but a clear strategy is needed for this tactic to be successful, Clint Ford writes.

The Australian litigation crowdfunding market is moving towards a tipping point of rapid expansion. To prosper, crowdfunders will need the ability to market legal files as investment mechanisms superior to both other legal matters on the market, and other investment products from other classes.

Broadly speaking, crowdfunding has become ubiquitous; it’s everywhere, at all levels of the community for all sorts of projects, including restaurants, gyms, yoga labs and unusual ventures into space. Now there is “crowdfunded litigation”, which already has a toehold in the US and UK and is rapidly moving from embryonic stages to the mainstream in Australia.

The US market now includes platforms "LexShares", and "Invest4Justice" which touts itself as being "opened in 2014 as the world’s first litigation crowdfunding platform". Both strongly promote themselves as high-return investment options. In the UK, "CrowdJustice" is a very recent system, based on "donors" rather than investors and has a more casual tone.

This publication has already covered "Lawfunder", which recently launched and targets community legal centres as a way to create fundraising campaigns for their cases. In other words, it is a system with a more casual or charitable intent which aims to fill the void left by dwindling government funding, although the founder has hinted at moving more into the investment space.

Against this backdrop, I put it to Nick Stagg, a litigation partner at Perth law firm Lavan Legal, that at first glance it would seem the Australian prohibition on success fees as a remunerative model for litigation would make Australia a ripe market for litigation crowdfunding, and that it was on the verge of rapid expansion here.

"Australia was one of the pioneering jurisdictions in the litigation funding space – some would argue even well ahead of the curve in the area in the USA – so using history as a guide, it would seem to follow as a logical extension that the path to assisting access to justice will be crowdfunding," Mr Stagg says.

Mr Stagg also indicated that funders really should obtain legal advice before participating in crowdfunding, and outlined potential pitfalls such as adverse cost findings and privilege complications as areas litigants and lay-people needed to be careful of.

Stagg’s comments reinforce that the space is set to get increasingly competitive. In such environments, it’s often a clear strategy and innovation in execution that delivers the critical cut-through.

From the outset, you need a strategy inclusive of an objective, a core narrative and a target audience. The toolkit could include "PR-ing" the legal team and building their professional profile – traditional litigation PR and matter profiling in the media featuring calls for support, database marketing, "launches" and matter updates, the integrated use of social media, video and even direct briefings and pitching to potential investors or investment gatekeepers.

Imagine updates from the legal team to the investors via Periscope. Or Skype hook-ups where the client bringing the action and raising the money personally pitches, and tells their story. Personable and experiential investor communication campaigns have become more frequent in many sectors, and there is no reason why that could not apply with litigation investments. For example, visits to the law firm offices or chambers for a meet and greet between the legal team and substantial investors.

For "causal" pitches, perhaps there is scope for a "public champion" in the media and on social media, beating the war-drum and asking for support.

Of course, all communication initiatives around litigation crowdfunding need to work within legal constraints, and as with orthodox litigation PR, communications practitioners need to work hand-in-glove with lawyers and remain vigilant and attentive to appropriate boundaries.

Using litigation crowdfunding to your advantage