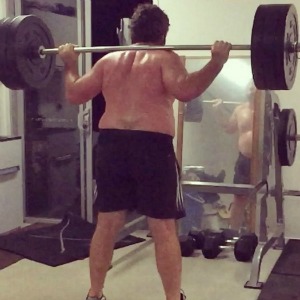 A driving offence specialist from Queensland has left Folklaw in stitches with his series of self-deprecating, slow-motion Instagram clips.

Principal solicitor at Wiseman Lawyers Andrew Wiseman regularly posts videos and selfies on Instagram, using his wicked sense of humour to drum up interest in his practice and distinguish his firm from competitors.

Last week he posed in a selfie outside a courthouse in Gladstone to celebrate a victory defending a client.

“I realised I had arms as long as a selfie stick and started taking photos outside of courthouses all around Queensland,” Mr Wiseman told The Observer.

"I'm trying to have a bit of a laugh and show my personality," he said. "When I'm not keeping people out of jail, I'm just like everyone else."

The selfies are interspersed between photos of animals behind the driving wheel. But it is the home-made video clips where Mr Wiseman’s comic streak becomes most apparent.

In a recent video, he depicts his “final prep for court tomorrow” as a shirtless, weightlifting stunt – with the hashtag ‘#doesyourlawyereven’:

In another video the firm is promoted through a catchy jingle: “Does your licence need saving? Do the wise thing: call Wiseman Lawyers!”:

Through a Breaking Bad-inspired post, Mr Wiseman shows his kinship with fictional lawyer Saul Goodman by recreating scenes from the show: