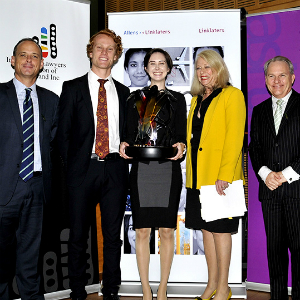 A Queensland moot is showing Indigenous law students just how boundless their future careers can be, Allens partner John Hedge has said.

Organisers hope the ATSILS moot will go some way towards addressing an under-representation of Indigenous lawyers practising in commercial law and at the bar, Mr Hedge said.

"You find Indigenous lawyers are under-represented in commercial law and [among] barristers," Mr Hedge said.

"We perceive things like the moot as a potential gateway to other competitions, commercial law or practice at the bar. I think the moot is a great opportunity for the current generation of Indigenous law students to be a bit of a trail blazer in an area where Indigenous lawyers are under-represented."

The Allens Brisbane office, together with Ashurst, North Quarter Lane Chambers and the Indigenous Lawyers Association of Queensland Inc, are supporting the moot as part of a wider program for Indigenous law students.

"Before the mooting comp there is a networking event that is the ‘kick off’ to the season," Mr Hedge said.

Mr Hedge commended members of the local profession who have joined forces to ensure Indigenous law students are offered the same level of opportunity as their peers.

"Initiatives such as the moot are a step towards making sure Indigenous students are able to access the same level of opportunity as other students," Mr Hedge said.

“It is really pleasing that we have been able to partner with others in the legal profession to achieve that."

Earlier this month students made submissions on a question of commercial law concerning the legal consequences of a party providing false information in a loan application. The law students competed in the moot at the Supreme Court of Queensland earlier this month. 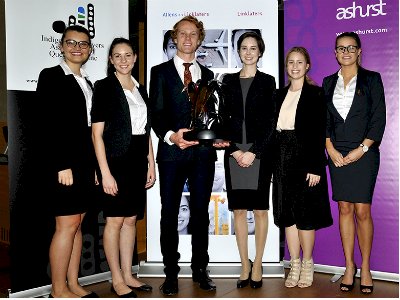