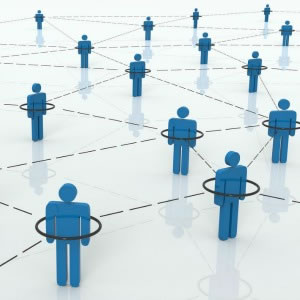 However, other states as well as the Commonwealth are looking at doing the same as the issue continues to gain prominence in the community.

NSW has explicitly flagged that it will “seek to criminalise the creation and distribution of sexually explicit images without consent”, with Attorney-General Gabrielle Upton announcing that while legislation is yet to be drawn up and penalties are yet to be decided, it is likely the proposed new laws will involve a jail term.

In parallel to the moves to introduce criminal sanctions, it is clear that other areas of the law are also moving to address the impacts of the newly emerged issue on which the community is seeking action.

The fact that Victoria and SA have already enacted criminal sanctions, and the flagging of the same by NSW and WA and the likely introduction of similar laws at a national level, will place significant pressure on employers to ensure that they are providing employees a safe and harassment-free workplace.

Clearly, having private sexual material shared publicly is humiliating, embarrassing. and a significant breach of trust. However, for employers, there is the added implication that they are vicariously liable for the actions of their employees in undertaking their employment.

This claim, if successful, could result in damages paid for any psychological injury suffered. Compensation can include economic loss, medical expenses and lump sum compensation in the NSW workers’ compensation jurisdiction.

In the workplace context, the potential for employers to be exposed to civil liability is a real threat as well, impacting sub-contracting arrangements and companies that operate subsidiaries in different jurisdictions.

This preparation should include the development of effective policies and procedures in respect of workplace conduct that establishes standards of acceptable behaviour.

While pressing criminal charges may help victims achieve a sense of justice, it may also be possible for victims to seek justice in the civil realm and receive compensation for their embarrassment, anxiety and distress

Civil law options available include seeking an injunction to stop further publication of images or other embarrassing materials recognising that a ‘breach of confidence’ has occurred in which:

The consequences of such actions are already a matter of record.

Joshua Dale is an associate at Carroll & O'Dea Lawyers