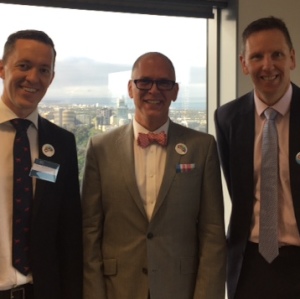 Herbert Smith Freehills has hosted a breakfast event featuring the plaintiff in the landmark US Supreme Court decision that ruled in favour of same-sex marriage.

The event was attended by a number of clients and HSF lawyers, where Mr Obergefell shared his personal story and the "gruelling" legal process to make the case for marriage equality.

Mr Obergefell fought for federal recognition of his marriage to husband John, who sadly passed away from motor neurone disease in 2013.

He also shared with the audience the moment he was at the Supreme Court when the decision in Obergefell v Hodges was handed down on 26 June 2015 and his call from President Barack Obama soon after.

“It is a pretty amazing thing to get a call from the President to thank you for helping make the country a better place. When I think about my journey I think about the fact that it happened simply because I loved someone,” Mr Obergefell said at the breakfast.

“I have to be honest, when I talked with him that day, as soon as I hung up the phone I had no idea what he said, I don’t even know if I spoke in complete sentences.”

Mr Obergefell also relayed to the audience the feedback he has received following the decision, saying how people stop him in the street and thank him for taking the fight for same-sex marriage to the Supreme Court.

“They tell me what this means for them and their friends and family,” he said.

As the room was filled with lawyers, many of the questions Mr Obergefell was asked related to legal issues, including which Supreme Court judge was his favourite.

“I’d have to say my favourite is Justice Kennedy because he was the deciding vote. [His decision] is a beautiful piece of writing … it says beautiful things about marriage and what it means to be married.” 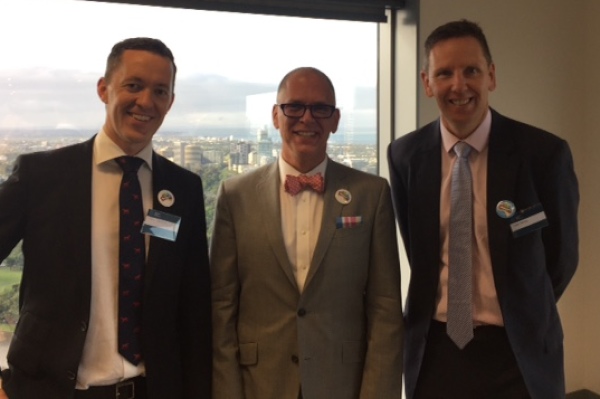