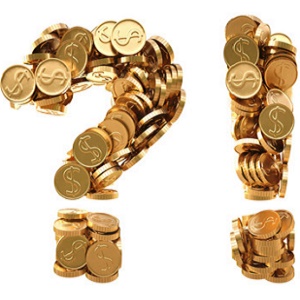 Calls by academic lawyers, lawyer organisations and legal assistance organisations for increased funding in the May budget for legal aid and a reversal of proposed community legal centre funding cuts should be heeded by the federal government, writes Chris Snow.

But any increase should be conditional on the states and territories, and on the lawyer organisations abolishing or restructuring their little-known, unsafe, inequitable, rorting, trust account systems.

The systems are established under legal regulation laws for which states and territories are responsible.

If they refuse, lawyers can decline to provide legal services. But they rarely, if ever, appear to be told (and lawyers are not required to tell them) that the money is not safe – it can be stolen at any time – and that the interest on the funds will be stripped and used to:

• largely fund lawyer-developed and lawyer-monopolised regulatory systems (about 90 per cent in NSW and about 80 per cent in Victoria), making Australia one of only two common law countries (South Africa is the other) in which lawyers do not fully fund regulation (which includes the administration of trust accounts)

• in most places, to finance fidelity fund systems which are designed to compensate victims of trust account frauds

National Legal Aid data show that in 2015-16, SMCs were compelled to contribute $83.1 million to LACs nationally, accounting for 12.6 per cent of their total budgets.

And in those 20 years, a total of $1.6 billion has been stripped from SMCs’ accounts and given to LACs.

Given that the system has been operative for 50 years, a guesstimate is in that time, $4 billion has been rorted from SMCs to prop legal aid budgets.

This is blatant double-dipping because lawyers’ SMCs already contribute to legal aid funding through Commonwealth and state/territory general revenues.

It also is inequitable because:

• Lawyers’ SMCs are not likely to seek legal aid; they have their lawyers.

• Even if they do, they will be highly unlikely to meet means tests.

And there is another huge injustice – lawyers’ major clients are able to dodge the system.

They do so by using what the regulatory laws call “controlled money accounts”.

The interest earned on the funds is not stripped; it accrues to the account.

This means that major clients do not contribute financially to the regulatory system, to fidelity funds or to legal aid (other than through general revenues).

And law firms want that to remain the case because they don’t want to upset and lose their big fee-payers.

If clients don’t know about the system, the lawyers tell them. Not so “mums and dads” clients.

A further problem is the lack of trust account safety. A law, which forces persons to act so imprudently, that is, to put money where it is not safe and even to put homes at risk, must be rare if not unique. That alone is ground for its repeal.

Further, there is strong suspicion, but no known proven cases, that trust accounts are being used for money laundering. About 30 years ago, France established a system of single trust accounts in local regions. It claims that it has eliminated money laundering, using a “batonnier” with the power to block suspicious transactions. Some recent advice has indicated that this is not correct at present. A similar scheme was launched two years ago by the Bar Council in the UK.

Some of the points already mentioned are covered in a paper by Professor Adrian Evans of Monash University Law School. The paper was submitted in 2010 to the Council of Australian Government’s National Legal Profession Reform Taskforce.

Professor Evans said in the paper that the system has passed its used-by date.

Among other points, he said that lawyers breach their fiduciary duty to clients by allowing the interest stripping – they are not protecting clients’ assets.

What should also be borne in mind is the regulatory laws of the states and territories have been developed by a monopoly of lawyers – attorneys-general, in collaboration with lawyer organisations, with the public or clients being allowed negligible say. It is therefore obvious why SMCs are treated so badly.

There are at least several possible solutions:

1. The preferred position is that legal aid should be fully funded from government revenues so that all taxpayers share the burden equitably
(1) the funding should provide fair and reasonable fees for lawyers rather than the heavily reduced rates which currently apply.

2. Single trust account. If total government funding is provided, a single, secure, fully insured, centrally administered trust account system could be established with the interest earned disbursed to clients, with operating costs met by a levy on lawyers. It is understood that this has been considered by the COAG Taskforce, but abandoned because of disagreement among the states and territories about how the interest, i.e. clients’ money, would be divided.

If total government funding is not provided:

3. Make major clients contribute by abolishing controlled money accounts, meaning interest would be collected on the undoubted mega-millions and maybe billions of dollars major clients put through trust accounts. The system would be awash with funds, which almost certainly would enable all legal aid needs and operating costs, including insurance, to be met.

(1) They are required to make regular, periodic, upfront contributions to a legal aid fund, the contribution being recoverable by the provision of legal aid services.

(2) The amount of contributions being set by lawyers to provide fees which they consider satisfactory, rather than the heavily reduced fees which currently apply.

(3) All current legal aid, free and pro bono services could be covered by it.

5. There also have been suggestions by lawyers of a Medicare-type levy or legal insurance schemes. No details have been provided.

Chris Snow is a journalist, communication (public relations) practitioner and social and market researcher. A trained political sociologist and survey researcher, he is a former Sydney correspondent for The Advertiser, former federal parliamentary correspondent for The Sydney Morning Herald, and a former director of Public Relations at the Aboriginal Development Commission. He has been advocating for changes to the legal regulatory system since becoming one of 250 victims of a trust account fraud at an Adelaide law firm in 2005. The fraud exposed serious flaws in the little-known trust account and fidelity fund systems of SA and other states and territories. He has since made submissions about every state and federal legal regulation legislation and inquiry: the (SA) Legal Profession Bill 2007; the National Legal Profession Reform Taskforce (2009-11); the (SA) Legal Practitioners (Miscellaneous) Amendments Bill 2013; the (NSW, Vic) Legal Profession Uniform Law Bill 2014; and the Productivity Commission’s Access to Justice Arrangements' inquiry 2014.