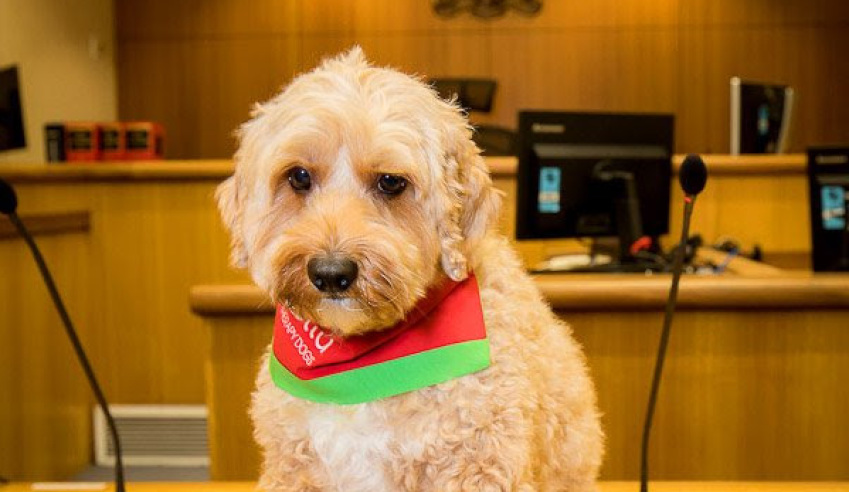 Witness support services in one NSW local court will trial the effect of having a furry friend close by for children and vulnerable victims who are navigating the justice system.

Witness support never looked so cute. Hugo the cavoodle (pictured) is one of two therapy dogs who have been invited into a NSW local court to provide comfort to witnesses.

Announcing the six-month pilot program last week, NSW Attorney-General Mark Speakman explained that the initiative was inspired by a similar practice in the US.

“We know court proceedings can be distressing and overwhelming, particularly for young children, which is why the NSW government is piloting the use of companion animals in our courthouses,” Mr Speakman said.

“Research shows having a dog to talk to and pat can calm people who are feeling scared and nervous, a phenomenon referred to as the ‘pet effect’. Therapy dogs are used in courts across 25 states in the US,” he said.

The local court building in Manly will host the witness companion animal trial.

Each weekday, except on Wednesdays, the companion dogs will visit the courthouse. The four-legged pals will be stationed in public waiting areas as well as safe and remote witness rooms from 9am to 10.30am.

If the presence of the pooches proves successful in reducing the stress and anxiety of vulnerable witnesses, the attorney-general said that other courts across NSW will follow Manly’s lead.

“It's a wonderful initiative. The success of the trial here at Manly will determine whether the program will roll out across the state,” Mr Speakman said.

According to Delta Society general manager Hollee James, the animals will have a significant impact on the demeanour of court witnesses.

“We believe the presence of a dog in a courthouse will have significant benefits for victims, especially children, because pets have a way of making people feel happy, relaxed and at ease no matter how confronting the process might be,” Ms James said.

If any one victim or witness is feeling particularly distressed, the program can accommodate for them to sit with the therapy dogs privately. 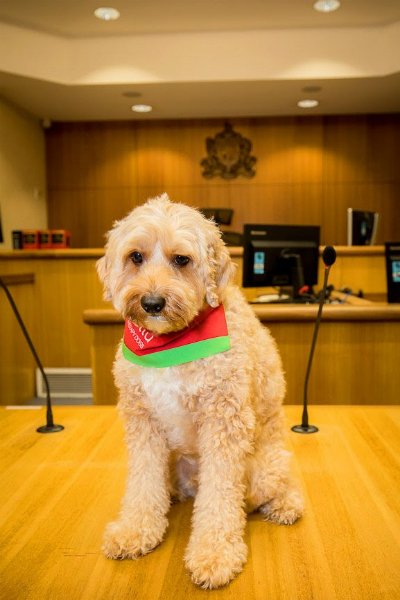