Home>
SME Law>
Lawyers out in the cold for a cause

Lawyers out in the cold for a cause 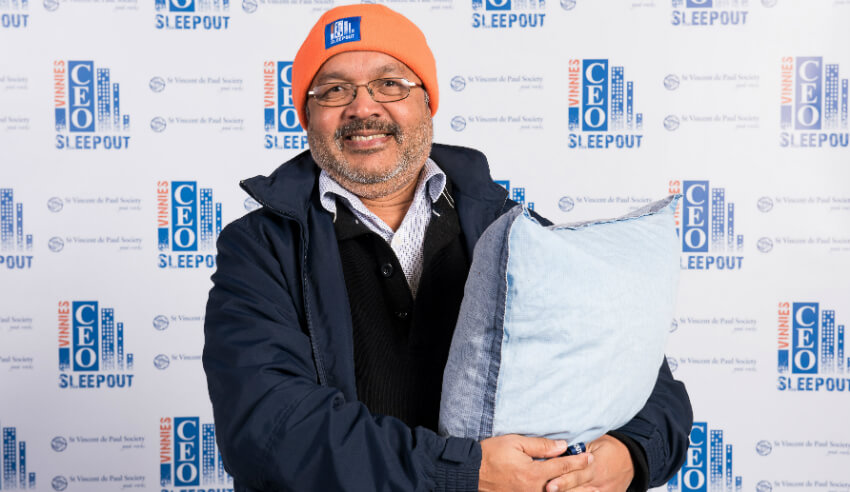 Leaders of the legal profession have spent a rough night on the streets to help raise funds for services to support Australians experiencing homelessness.

Lawyers are among a number of business leaders to turn out in force for the annual Vinnies CEO Sleepout.

“There are too many men, women – and children – sleeping rough on the streets.

“It is important to look at ways to reduce this issue and help get people on the paths to a better life,” Mr Kunnel said.

The St Vincent de Paul Society estimates that approximately 105,000 people are homeless across Australia, with many sleeping in conditions far less comfortable than the CEOs who sleep outside for the annual event.

That number is an increase in Australia’s homeless population by about 8 per cent since the last census.

Mr Kunnel said that in Victoria, the issue of homelessness has received recent attention with new council laws giving authorities extra powers to clear away makeshift camps in the public spaces of the CBD.

“Homelessness is a major issue for our cities and unfortunately the problem is getting worse. This just serves to make life even tougher for homeless people,” he said.

In over eight years participating in the annual sleep out, with cardboard for shelter and soup for dinner, Mr Kunnel has raised a total of $53,879. This year his fundraising tally has hit above the $6,000 mark.

Organisers of the Vinnies CEO Sleepout use the initiative to educate business leaders about the prevalence and causes of homelessness in Australia.

Unemployment, family breakdown and drug and alcohol abuse are some of the contributing factors that experts link to homelessness.

Vinnies added that homelessness could exacerbate or trigger serious mental health problems, accompanied by “a heightened vulnerability to violence”.

Lawyers out in the cold for a cause

Last Updated: 23 June 2017 Published: 26 June 2017
The Women in Law Awards is the benchmark for excellence, recognising the empowering women influencing the Australian legal profession, celebrating the female leaders, role models and future champions of the industry. Register for the waitlist today for the opportunity to attend this remarkable awards ceremony and network with top legal professionals and fellow peers.
Visit womeninlaw.com.au