Mr de Souza recently announced that he will step down as managing partner of the firm, having clocked up 10 years in the role.

He will be succeeded by deputy managing partner Nick Crennan, who will take the reins on 1 October.

Mr Crennan has been with the firm almost 30 years and has served as deputy managing partner for the last 16 months.

“He joined as a junior solicitor and rose through the ranks to become a partner in the construction and engineering group.

“Nick became deputy head of the construction team four years ago, has been deputy managing partner for the past 16 months and is also a key member of our leadership team. During this time Nick has demonstrated his ability to lead the practice.”

“Nick is passionate about who we are and what we represent,” he said.

“I will be working closely with Nick over the coming months as he transitions in his role and I will be continuing on in the practice in a senior role focusing on client service.” 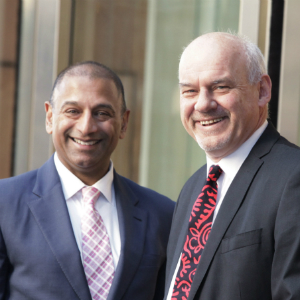