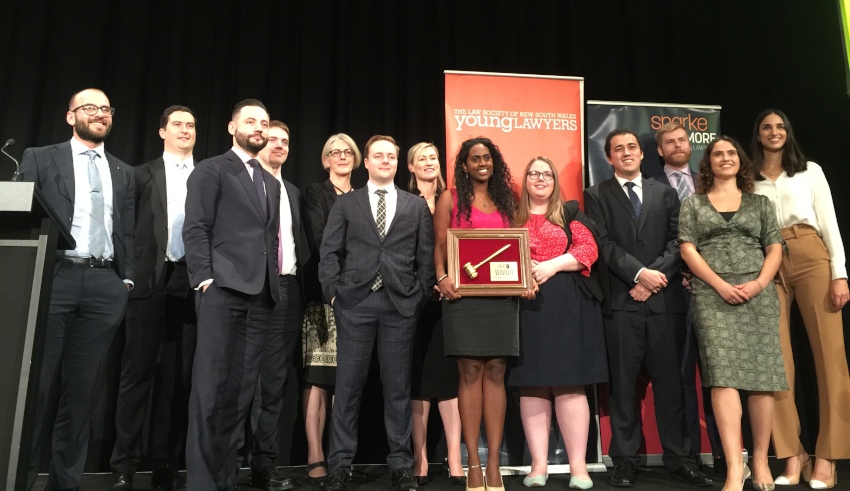 Dhanu Eliezer took out the big prize with her stand-up routine on the subject of: “The person really in charge isn’t the managing partner, it’s…”.

As the winner of the NSW round, she will “now go on to fly the flag for the NSW legal community” at the national Golden Gavel competition.

Speaking to Lawyers Weekly, Ms Eliezer said: “I’m absolutely thrilled to have won the NSW Golden Gavel Competition. There was such a high calibre of entertaining speakers — and it was easily the funniest room in the Sydney CBD at 7am.”

“I hope the win furthers the conversation about diversity in the profession, and we can work towards cracking the papadum ceiling in law."

This year’s Golden Gavel saw “ten talented (and possibly sleep-deprived) young lawyers” take to the stage at a breakfast event hosted at The Westin in Sydney, “to offer up their comedic insights on some of the current legal topics dominating the headlines”, the Law Society of NSW said in a statement.

President of NSW Young Lawyers president Jennifer Windsor said the Golden Gavel was one of the advocacy group’s “oldest and most well-known events”.

“While the public has a long tradition of making jokes about lawyers, the Golden Gavel competition shows that we are not afraid to turn the spotlight on the legal profession and use ourselves as fodder for our own entertainment,” she said.

The Golden Gavel judging criteria “is quite tough”, she continued, with participants assessed on humour, cleverness, originality and performance.

“If entertaining a room full of 800 lawyers before they are fully caffeinated isn’t quite daunting enough, our competitors only receive their topic the day prior to the competition, giving them less than 24 hours to prepare,” Ms Windsor said.

“Seeing what our 10 competitors manage to come up with each year is always completely unexpected, creative, absolutely hilarious and sometimes irreverent. Today was no exception.”

Ms Needham praised all of the “brave competitors for an a hilarious, albeit early start to the day”.

The People’s Choice winner was Joseph Bates, from Baker Mackenzie, for his ‘advice’ to young lawyers on “Dropping your briefs: The rules of dating another lawyer”.