Should BLM protests be legal in COVID-19? Legal experts weigh in 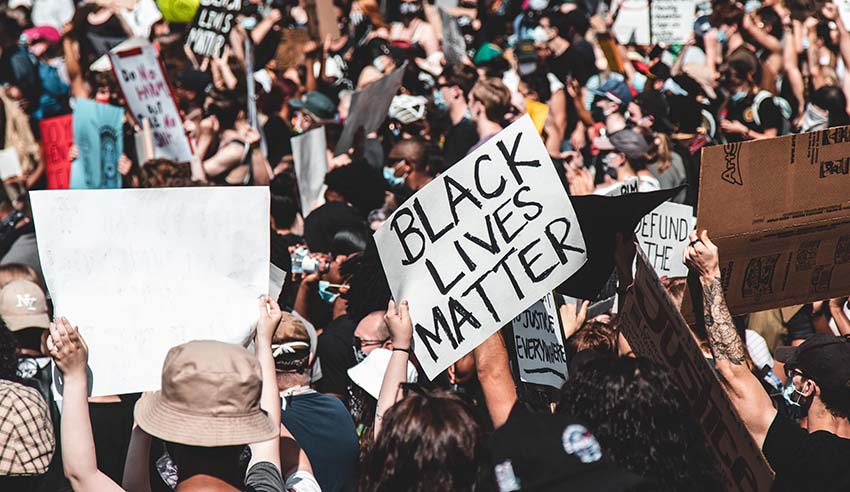 Seven legal and human rights groups have weighed in on the Australian government’s approach to recent Black Lives Matter and refugee rights protests.

The group said the legal right to protest is fundamental to democracy and protests hold the government to account to make the country better. They added that while the powerful few are able to “write cheques”, protesting is how the “invisible and ignored” can become seen and heard by their government on important issues.

The NATSILS (National Aboriginal and Torres Strait Islander Legal Services) co-chair Nerita Waight said: “We cannot stay silent while police violence goes unchecked and continues to kill our people. Upholding freedoms of expression and assembly at times like this is critical and we encourage governments to ensure that people attending the peaceful protests are doing so in the safest way possible.

“We strongly encourage governments to use methods that do not result in the further criminalisation of, and violence to, Aboriginal and Torres Strait Islander people.”

Human Rights Law Centre senior lawyer Alice Drury said it was unacceptable that the government is considering arresting protesters due to the COVID-19 restrictions, as it simultaneously congratulates the reopening of football stadiums.

“Police and governments should be reaffirming their commitment to the right to protest and observing their obligation on international law to facilitate peaceful protest safely,” she said.

The Public Health Association of Australia stated that peaceful protests are safe at this time, provided practical steps are taken. The group suggests that governments could “easily meet their international law obligation” by distributing personal protective gear and closing off additional roads to allow protesters to socially distance.

NSWCCL president Nicholas Cowdery AO QC said: “The public’s right to protest is a vitally important civil liberty that serves very valuable purposes in the advancement of our democracy. Rights must be exercised responsibly – so as to not cause avoidable harm. In the present context of the pandemic, it falls to protesters and those regulating to ensure public health measures are observed while the right to protest is exercised.”

The groups are calling on state, territory and federal governments to refrain from knee-jerk responses and that while they continue to lift restrictions across the country, “they also have a democratic responsibility to facilitate a safe and peaceful protest”.

Should BLM protests be legal in COVID-19? Legal experts weigh in