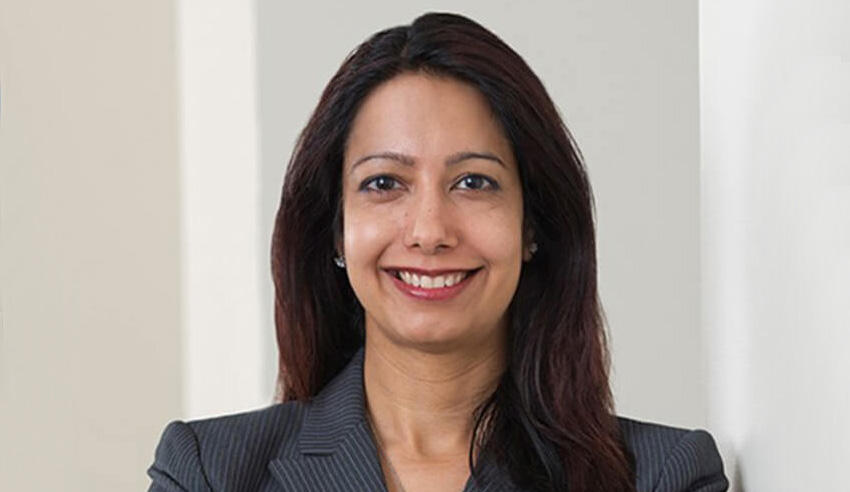 In a short span of time, the pandemic’s collisions between public and private have opened new spaces for action to address gender-based and state violence while underscoring gendered divisions, writes Shruti Rana.

One of the most striking consequences of the COVID-19 pandemic has been the speed with which it pushed nearly all public life into the private realm. Seemingly overnight, much of the world entered quarantine and shuttered economic and social activity. Work, school, and what was left of social life swiftly entered the walls of the home, colliding with private lives and reshaping the boundaries between public and private.

While the shutdowns and quarantines were framed as temporary, their impact on the global legal landscape order will be more lasting. The impact and weight of this initial stage of the pandemic have exacerbated existing inequalities and helped lift the curtain on human rights abuses silenced within the home or shielded by state power in public. As millions around the world entered some form of lockdown, cases of intimate partner and gender-based violence rose dramatically, with many countries reporting spikes of 30 per cent or more in cases and calls related to such violence.

The pandemic and its impacts have hit hardest on already severely marginalised racial and ethnic groups; for example, in the US, Black Americans are bearing the brunt of deaths, health complications, and economic complications. The interconnections and intersectionalities of gender, race, class, and power between these divides have been underscored by the divisions between nation-states that have failed to act or protect their populations and those that have taken swift or decisive action to preserve the health, rights, and trust of their people.

One entry point into the lasting legal consequences of these developments is to explore the ways that the impact of the pandemic has fractured along gendered lines, and how the resulting clash between public and private spheres of people’s lives on a global scale might reshape the international legal order. Feminist legal theorists challenging inequalities in international human rights law and practice have long critiqued the division between the realm of public order and the private domestic sphere in liberal thought.

When extrapolated to the international legal order this split parallels divisions between the state and society, and separates the “public” sphere subject to legal regulation from the sphere of personal autonomy where the law seldom intrudes. The breadth and scope of the shifts between public and private stemming from the COVID-19 pandemic present opportunities for reimagining or recalibrating these distinctions, and the ways they are reflected in international law and the protection of human rights.

Will the pandemic reinforce public-private divides in international law, reinvigorating previous debates over the power and reach of the state into social relations and its role in protecting from as opposed to perpetrating violence? Or will it blur these distinctions and create a new balance of power between the state and civil society?

Perhaps unexpectedly, the pandemic has begun transforming human rights by making the “private” into issues of public concern more rapidly than any recent social or human rights movement. Three developments in particular have marked the gendered fault lines of the pandemic.

First, by closing public spaces and pushing significant portions of paid employment into the home, the pandemic has highlighted that for many women and families, seeking refuge from a virus in the home comes at the cost of rising exposure to violence. Rates of domestic violence escalated dramatically around the world as workplaces, schools, and legal service offices closed, abruptly cutting off the women most in need from legal access and support services.

In response, advocates are developing creative legal and social strategies to reach and support people experiencing violence at home. Some countries have modified family laws and court procedures to increase access to various forms of protection. Others expanded shelters, outreach and support services like hotlines and emergency helplines. These innovative approaches to dismantling barriers offer an opportunity to re-envision ways to expand access to legal systems and support services, while addressing some of the root causes and intensifying factors for violence.

Second, the merging of home, school and the workplace as the pandemic spread has made the gendered division of labour and its consequences more visible. Just as the pandemic created a “double pandemic” of domestic violence, it has also highlighted and heightened the “double bind” facing women who shoulder the burdens of caretaking, household labour, and now education along with formal employment or civic participation. Women’s professional advancement and productivity have stalled and historic employment and salary gains for women are being rapidly overturned in the wake of this shift into the domestic sphere.

Moreover, because of the concentration of women in healthcare and service jobs, women are also bearing the brunt of the fallout from the economic and safety impact of the crisis. Women make up nearly 70 per cent of all healthcare workers worldwide, and over half of the workers in retail fields which focus on hospitality and service.

Furthermore, they are concentrated in the lowest-paying and most precarious of these positions, now on the frontlines of exposure to COVID-19 – but with little power to demand protections like protective equipment. Thus, one irony of COVID-19 is that as it has played out as a public health crisis and flipped some of the most underpaid and undervalued workers into “essential” workers, the gendered devaluation of care and service work has simultaneously rendered these workers most subject to exploitation as “disposable” workers.

Indeed, the highly skewed economic impact of the pandemic on caretaking and other jobs predominantly held by women has led to forecasts that the pandemic will lead to a “shesession,” with women suffering the majority of the job losses and unemployment. This is a marked contrast to the “mancession” of the 2008 financial crisis, and this fault line too has implications for the international legal order.

Third, as the pandemic’s economic divides harden, they also influence geopolitical dynamics that are also playing out in gendered ways. For example, the 2008 “mancession” is viewed as contributing to the populist rage that has fuelled a turn against globalisation and towards authoritarianism around the world. The authoritarian leaders who rose to power on this wave are now struggling to weaponise and do battle against a virus different in form from their usual scapegoats and have embraced and exploited gender stereotypes during the crisis in ways that run counter to public health and safety. Figures like Trump, Bolsonaro and Johnson, wary of showing vulnerability and prioritising highly masculinised views of strength, have flouted public health experts and derided protective mechanisms like masks and social distancing, while refusing to deploy state power to protect their populations against the virus.

Meanwhile, female leaders of nations where democratic institutions and values remain strong, including New Zealand, Germany, Taiwan, and Iceland, have been lauded for their success in combating the virus as they sought to foster a sense of interdependence, trust, and shared purpose in mobilising state resources to protect the health and safety of their populations. That these leaders were able to successfully invoke and rely on traditionally “feminised” values is not an accident (nor solely attributable to their gender), but rather reflects at least in part that it is healthy democracies that are able to both sustain these values and create the institutional frameworks that support the election of women leaders.

Most recently, in the US, these dynamics have been reflected in the growing and groundbreaking public protests against police brutality and racism. Coming on the heels of the images of heavily armed, maskless (and mostly male) protestors storming state buildings to demand an end to economic shutdowns, the largely peaceful (and largely masked) protestors are emerging from their homes to seek an end to a structural form of state violence. These protestors, whose “demands to divest from policing double as a call to invest in safety, security, and racial justice”, have been met with brutish displays of militarised power and (largely maskless) and sometimes violent police power. Yet these ongoing protests, now spreading around the world, have the potential to transform at least some forms of state power from coercive to protective. They offer a view into how prioritising public safety and equality in the wake of the pandemic can help reshape the gendered and racial hierarchical orders that have entrenched inequality in domestic and international law.

Thus, in a short span of time, the pandemic’s collisions between public and private have opened new spaces for action to address gender-based and state violence while underscoring gendered divisions in the economy, and reigniting the flames of democratic dissent and action. In these ways, the gendered fault lines of the COVID-19 crisis are sharpening debates over the meaning of health, safety, and rights that are and will continue to impact human rights and international law.

Shruti Rana is an associate dean of and professor of international law practice, Hamilton Lugar School of Global and International Studies, Indiana University Bloomington. This article was published with permission from the Australian National University College of Law as part of its International Law and COVID-19 series.