‘What a powerful time to be a woman in law’ 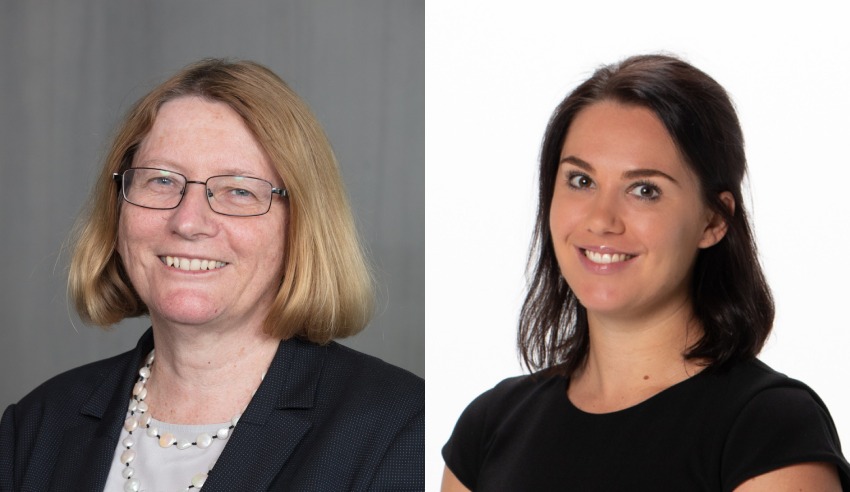 For all female legal professionals, a supportive personal and professional network is vital, writes Libby Thomas.

We strive for a gender-equal world – one free of bias, stereotypes and discrimination. A world that is diverse, equitable and inclusive, and where differences are valued and celebrated.

This vision for a brighter future was recognised for International Women’s Day (IWD) 2022, the theme being “Break the Bias”, and officially celebrated on 8 March 2022. IWD encourages a movement to break the bias in our communities, our schools, colleges, universities and within our workplaces, and industries such as the legal profession.

This year, I recognise how far women in law have come but also the work that still needs to be done to break the bias in the legal profession.

Last year, 53 per cent of practising solicitors in Australia were female. Like many professions, women are often hindered in their professional growth because of the time they take out to have a family. This is a significant obstacle many women face in working their way up the corporate ladder. They are often confronted with the decision of whether they have a family or whether they reach the top of their profession – but struggle to have both. Part-time roles whilst raising a family may mean being overlooked for the promotion they are working towards, so women are put in a position of having to choose.

It has been well over a century since women were first allowed to practise law in Australia, with Victoria being the first state in 1903. Despite this evolution of women in the profession, and women now outnumbering men, there is still a lack of women in senior roles, with only 33 per cent of women going on to become equity partners in law firms.

We need more women in powerful, senior roles; however, the current lack of women in these positions presents difficulties to shift the stubborn culture that already exists. But let’s just remind ourselves, men were given a head start.

Upon researching the disparity between women and men in senior roles, I reflected on the influential women who are paving the way for women in law, such as myself. The Honourable Chief Justice Catherine Holmes AC kindly took the time to speak to me about her journey as a woman in the legal profession and the hurdles she has had to overcome.

Her honour served as a part-time member of the Anti-Discrimination Tribunal from 1994 to 2000 and deputy president of the Queensland Community Corrections board in 1997.

Her honour was a founding member of the Women’s Legal Service, and through providing service to the justice system for over four decades, she has helped build the significant representation of women on the bench in Queensland today.

Her honour conducted the Queensland Floods Commission of Inquiry following the 2011 floods, and she was counsel assisting the Forde Commission of Inquiry into Child Abuse in 1998-99. In January 2020, her honour was appointed a companion of the Order of Australia (AC) for “eminent service to the judiciary, notably to criminal, administrative and mental health law, and to the community of Queensland”.

Her honour was appointed to the bench of the Supreme Court in 2000, and she was appointed a judge of the Queensland Court of Appeal in 2006. Her honour has since served six dedicated years as Chief Justice and is to retire from the bench on 19 March 2022.

Her honour is and has been an inspiration to generations of women lawyers with her fight for diversity in the profession.

Upon asking her honour why she decided to go into law, she said that it was the fact that it was a very long degree, and she could do a combined degree, and postpone adulthood for at least another five years. Her honour studied economics/law.

Her honour has three children and said that “raising children and continuing a career” was the biggest challenge she has faced. “Juggling life at the bar and bringing up three kids, and in those days, there was not any kind of scheme or assistance for people who had recently had children, and there was not any kind of understanding in the judicial system as there weren’t any women judges to speak of,” she said. “It was quite hard.”

When her honour started her family, she was in private practice at the bar for about five years and had been a lawyer for about nine or 10 years. She said, “I had a reasonably established practice before I started having children.”

Her honour was most proud of her “endurance and having made it through”, which is a testament to her ability to conquer juggling her career and raising her children.

When asked what her biggest piece of advice was for women in the legal profession, her honour said to “combine with other women as much as possible. Join associations that are of interest to you, but also have a good personal support group. Make those friendships. I don’t mean cultivate people for the sake of getting work, but having people you can talk to, and while they can be of either gender, I think it really helps to have a female support group who have a good understanding of what you are coping with.” Her honour went onto say, “for a young lawyer, that could mean joining the Women Lawyers’ Association or going to functions that involve women and engaging with other professionals. I found it really helpful.”

Her honour also notes that she has, and has had, male colleagues who are terrific but that she has a core group of women that she couldn’t do without.

With the statistics on the current lack of females in senior roles in the legal profession in mind, I asked her honour of her thoughts on this, to which she said, “it is unrecognisable from the state of affairs when I started, so I think that an awful lot has changed, and great progress has been made. But I think until we become a really family-friendly profession, it is still going to be harder for women; until we have good parental leave, good recognition with the problems that come up in family life, and a culture that allows men to take leave, just as easily as women, in order to look after their kids. I think there are going to be difficulties until all of that arrives, and I hope it will.”

When asked whether she has felt supported by other women in her career, her honour said, “absolutely, but I have also been supported by men. As a young barrister, I was in an all-male chambers and they were great to me, they looked after me and got me work.” Her honour said she will always be grateful.

From my discussion with the honourable Chief Justice Catherine Holmes AC, I have reflected and realised that many of us (myself included) should have more faith in our male colleagues and acknowledge that they, too, may want to spend more time with their families. Both genders should be supported to be both successful caregivers and professionals. This would be a major shift for our profession but a change I think that many professionals are calling for and a change that will benefit all. I am fortunate to have been and continue to be supported by inspirational women and men in my career to date. So, let’s all work together, so that both men and women are afforded the same opportunities as each other. It is not just our families who will benefit, but the legal profession too.

What a powerful time to be a woman in law.

Libby Thomas is a lawyer at Travis Schultz & Partners.

‘What a powerful time to be a woman in law’