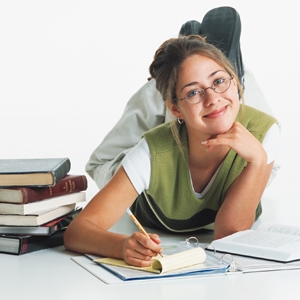 An amusingly frank YouTube clip has provided some wise words for all 16-year-olds out there: don’t get a ‘tramp stamp’ and don’t go to law school. If only all budding lawyers received such a warning.

>An amusingly frank YouTube clip has provided some wise words for all 16-year-olds out there: don’t get a ‘tramp stamp’ and don’t go to law school. If only all budding lawyers received such a warning.
Speaking to their 16-year-old selves, a number of students from the University of Calgary’s faculty of law warn themselves of some of the bad choices ahead of them, including the decision to go to law school.
“Dear 16-year-old me: That captain of the football team you’re in love with is now the assistant night manager at Denny’s,” says one student.
“Dear 16-year-old me,” says another. “Pacey from Dawson’s Creek may be frosting his tips, but don’t do it – especially before graduation photos.”
Another student says: “Dear 16-year-old me. Do not get that flower tattoo on your lower back. When you grow up, it’s a tramp stamp.”
Following such sound advice, the students then bring up the topic of law school.
“Law school … Law. School. Those are not friendly words … It’s where insecure overachievers go to do something with their Bachelor of Arts. Well, not just insecure overachievers. Well, mostly, but law school is also for people who were picked on, like us, who need to show their bullies how smart they’ve become.
“It’s a terrible place to go because it ruins everything.”
The students warn their 16-year-old selves that law school will ruin their “entire life”, describing the all-too-familiar beginning of the end, when law students mistakenly believe they’re going to change the world.
“Your experience in law school will start with so much hope,” the students explain. “The promise of helping the community, doing what’s right, fighting for justice and defending the law. Then you’ll realise you’re destined to make rich companies richer by facilitating the purchase of other rich companies.”
With further warnings of tears in university bathrooms, enormous amounts of readings, and being humiliated by professors in lectures, the law students provide one more piece of advice.
“Therapy. Get it,” the students advise, before listing “the signs that you’re interested in law school” and when to get help.
“These are the signs that you’re interested in law school: You love the sound of your own voice. You argue about the most insignificant details. You’re probably the president of your student council. Your best friend is your mum.”
With a few former law students amongst the Folklaw team, who thankfully saw the light early on, Folklaw had a good laugh and had to share.
Check out the clip here: http://www.youtube.com/watch?v=y05HnXomG88&src_vid=ShliKfsLQo0&feature=iv&annotation_id=annotation_566398
Law school “ruins everything”