A little bit of glamour comes to Adelaide 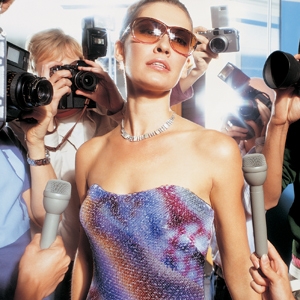 Magill was well known in Melbourne prior to moving to Adelaide last year. In addition to being splashed all over the social pages when attempting to follow in the footsteps of Jennifer Hawkins (Magill was a finalist in the Victoria Miss Universe competition), she was also known to football fans in Melbourne – which accounts for about 99.7% of the bleak city’s population – as the girlfriend of Carlton player Brad Fisher.

As a WAG (wives and girlfriends) of a noted footballer, Magill was snapped on the red carpet at A-list social nights such as the Brownlow Medal.

The Brownlow is a riveting four-hour extravaganza that features the far from glamorous Andrew Demetriou, the head of the Australian Football League (AFL), reading out the ‘3-2-1’ points for best on ground for every match of every round for the home and away AFL season.

When Fisher, a talented forward who never realised his potential due to injury, was delisted by Carlton after 99 games, he and Magill moved back to Adelaide after Fisher linked up with the West Adelaide Football Club.

Magill got a job as the people and culture manager at the Port Adelaide Football Club before moving to Kelly & Co last December.

Folklaw wishes Magill well in her new role, as there is certainly room in the Adelaide legal market for a little bit of glitz.

A little bit of glamour comes to Adelaide