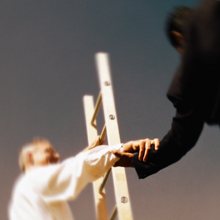 Speaking to Lawyers Weekly, Wyles admitted he may not last as long in the role as his predecessor, but said he will seek to continue to expand the size of the list, which today is led by 37 silks supported by more than 220 juniors.

Wyles said he wanted Foley’s List to be known by solicitors as a place they could call with complete confidence to get an advocate to address any problem, be it in the area of crime, common law, family law or the commercial arena.

“Part of that is to pursue advocacy clearly as the specialisation that we offer. All of the large firms now have brilliant people working for them in various areas of law but they don’t pursue advocacy,” said Wyles.

Expanding the list also includes achieving a presence in Asia, said Wyles. He plans to explore this through an institute of clerks based in London, which he sad Foley’s List senior clerk and chief executive John Kelly has joined.

“We’re looking to see whether or not that institute offers suitable programs for our clerks to allow them to build relationships with the English Bar [that] is already in Singapore,” he said, adding that this would give Foley’s List a good springboard into places like Singapore and Hong Kong.

“By and large you couldn’t say that the Australian Bar had a presence in Asia. I think the Sydney Bar is actively pursuing that and I want Foley’s List to lead the Melbourne Bar.”

Wyles took silk in 2009 and has built an extensive commercial trial and appellate practice, which includes masterminding Cadbury’s multi-million dollar claim against

Amcor for its cartel conduct, and November this year will see him pursuing Telstra’s rights to the colour yellow for telephone directories.

“It was a lot of fun,” said Wyles of the Cadbury case. “It takes you out of circulation for some time but the challenges that were thrown up, the legal and factual challenges, were very interesting and I regard myself as being very privileged to work on it.”

Kelly said that Wyles’ strong experience in commercial law across a broad range of practice areas and jurisdictions equips him well for the role of chairman.

“Wyles brings vision, an acute strategic mind, and the energy required to build upon the outstanding achievements of Dunn during his time as chairman,” said Kelly.

Wyles also chairs the Victorian Bar’s Health and Wellbeing Committee, which offers confidential counselling service, sits on the board of Barristers’ Chambers Limited, and is a member of the Bar’s Ethics Committee.

Despite his many commitments, Wyles said he has left work to be home for family dinner by 7pm for more than 15 years.

“I work with quite a number of women and juniors and that sort of flexibility to be able to pursue a family is very important. At the end of the day, family always comes first,” said Wyles.

“Flexibility also invites discipline, so as an individual barrister you have to be disciplined enough to say I actually have to be somewhere, I want to be ... I’d hope we’re used to that now.”

Wyles said he worries that some barristers spend time in chambers that is not necessarily effective and he touts the benefits of technologies like the iPad, which he said he regularly uses for work, when out of the office.

“I’m not sure that 60 hours as a minimum working week is necessarily accepted by members of the Bar anymore. We’re not operating on people, so the vast majority of matters are conducted in a set period of time and you really can pursue balance,” he said.