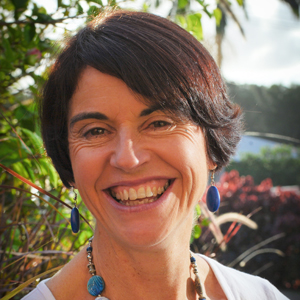 Laughter is a powerful tool for dissolving stress, which will improve the experience of being a lawyer, an ex-lawyer and laughter guru told a meeting of the Women Lawyers Association of NSW.

Speaking at the Laugh, Breathe, Relax workshop, which was held in Sydney on Tuesday (4 September), Jackie Curran (pictured) told attendees about how she left a high-stress career in the law to become a laughter-yoga instructor.

While Curran admitted that “laughter isn’t the answer to everything”, she believes lawyers can enjoy a happier working life through laughter yoga.

“We can transform how we feel and how we deal with life,” she said. “Laughter is a way to switch off from work and clients ... we take on a lot of responsibility and anything we can do to lift that off for a while is a good thing.”

Referring to her own experience of laughter yoga, she added that: “Laughter changed my emotional state ... so that I found myself getting back to a place of happiness much faster than I used to when I was a serious lawyer.”

The workshop saw the female-dominated group engage in a number of laughing exercises, including speaking in gibberish. Curran suggested the nonsensical dialogue is “how we sound to clients when we’re giving legal advice”, which prompted an outburst of laughter.

Laughter yoga, an innovation of Indian-born Dr Madan Kataria (aka the ‘guru of giggling’), is practised in more than 70 countries around the world. Kataria’s revelation was that only laughter is needed to stimulate laughter – no jokes are necessary. The point of laughing for no reason, according to Curran, is to produce real, contagious laughter that has numerous physical and emotional health benefits.

“Laughter is a natural anti-depressant,” she said. “It also has physical benefits as it relaxes muscles, which can relieve pain.”

Curran also pointed out that 100 laughs are the equivalent of a 10-minute workout on a rowing machine.

When asked whether more women attend her workshops than men, Curran said it depends on the forum. “Most of the time it’s more women but, interestingly, at sessions I’ve done at law conferences, men outnumbered women.”