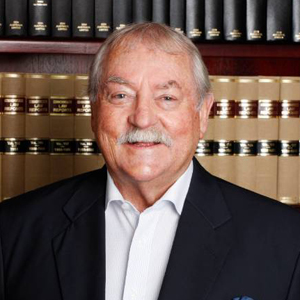 Enforcing bail conditions should be left to judges, a spokesperson for the Australian Lawyers Alliance (ALA) has said in response to the state government’s attempt to expedite a Bail Act recommendation that boosts police powers.

In a letter to stakeholders on the Law Reform Commission (LRC) review of bail laws, NSW Attorney-General Greg Smith said “the Government intends to expedite its response to recommendation 16.1 prior to the finalisation of its formal response to the review”, reported the Herald.

This recommendation calls for an enforcement provision requiring a person on bail “to submit to any form of testing, or to comply with a police instruction, that is imposed in support of monitoring that person’s compliance with another conduct direction”.

Doug Timmins (pictured), national chair of ALA's criminal law committee, told Lawyers Weekly that he not only opposes the move, but does not believe police should have independent powers to enforce bail conditions.

“Putting police in a position where they could actually harass someone on bail seems to me to be appalling,” he said.

The move is uncharacteristic of the Attorney-General who, according to Timmins, “wants to make bail more realistic rather than incorporate additional powers”.

Bail conditions, such as alcohol breath testing, are generally unnecessary and should only be imposed by judges in exceptional circumstances, continued Timmins, who believes that judges should be trusted to “exercise their discretion correctly”.

He added that this issue highlights “fundamental flaws” in the Bail Act that can’t be solved via legislative amendments. “This Bail Act needs to be repealed and a fresh act brought into existence that tries to ensure that the concept of bail shouldn’t be used as a device ... to maintain control over the ordinary citizen.”

The NSW Attorney-General’s department has confirmed to Lawyers Weekly that police powers under the Bail Act are being reviewed as a matter of importance in light of the Lawson v Dunlevy case, in which the Supreme Court in Sydney struck down a bail condition that required an accused to submit to a breath test when requested by a police officer.

The court ruled that the condition was in breach of the Bail Act under Section 37(2), which restricts bail conditions being imposed that are “more onerous than required”.

Timmins added that the decision should act as a warning to judges, who must exercise caution or risk breaching the Bail Act when imposing bail conditions.

Lawyers Weekly approached the NSW Attorney-General for an interview but was informed he was unable to comment on this issue except to confirm that the Government is still considering the precise nature of changes to the Bail Act.