Flood of praise for Commonwealth Counsel 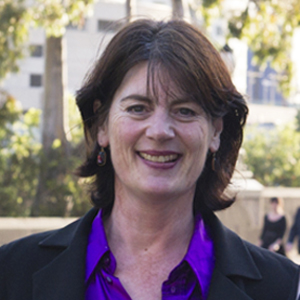 The many hours of work Fiona McLeod SC devoted to understanding each Commonwealth agency’s involvement in Queensland’s flood disaster earned her the CCH Barrister Award at the inaugural Lawyers Weekly Women In Law Awards.

The many hours of work Fiona McLeod SC devoted to understanding each Commonwealth agency’s involvement in Queensland’s flood disaster earned her the CCH Barrister Award at the inaugural Lawyers Weekly Women In Law Awards.

McLeod was recognised for the outstanding way in which she represented herself and her chambers in her work on the 2011-2012 Queensland Floods’ Commission of Inquiry.

Held in high regard for the work she did as Commonwealth Counsel before the 2009 Victorian Bushfire Royal Commission, McLeod was again engaged as Senior Counsel to represent the Commonwealth before the Floods’ Commission.

That involved 68 days of sittings in total and 6133 pages of evidence. McLeod was briefed on the complexities of the Government’s planning, preparation and response to emergencies and disasters across 16 Commonwealth client agencies.

Janean Richards, assistant secretary in the AG’s Office of Legal Services Coordination, said McLeod displayed “great perceptiveness, experience and legal diligence” in her ability to connect and address potential issues for the Commonwealth.

“The terms of reference of the Commission were extremely broad and required Counsel to become a subject matter expert on an enormous variety of topics and government policy,” said Richards.

“Fiona demonstrated her experience and capacity with a full appreciation of the nuances involved in a whole-of-government response.”

McLeod led a team of junior counsel during this inquiry; she also led a junior team to represent the interests of the Commonwealth in the Victorian Brushfires’ Royal Commission.

She is currently a director of the Law Council of Australia and senior vice-chairman of the Victorian Bar Council.

In accepting the award, McLeod said that she did not think the bar was a “boys club” culturally, but that in temrs of women’s to appear in court, it was still difficult for women to get the quality and quantity of work that men are getting.

She also said the bar does “less well” in retaining women, compared with private practice.

“When you have a career break, for example for children, you’ve got no guarantee of income, so when you’re self-employed the difficulty is that you have no safety net, and so coming back to uncertain income is just that much harder,” said McLeod.

“What I find with the junior women I work with, is that if they have certainty about when we’re going to meet, and when they need to do things, they can plan their childcare around it and it’s easy, but they need that certainty.”

Her commitment to supporting women in the law is clear; McLeod has been a founding member of the Women Barristers Association since 1993 and in 2007-2008 was president of Australian Women Lawyers.

McLeod was a finalist alongside two other highly skilled barristers: Gail Archer SC of Francis Burt Chambers in WA and Kristen Walker of Melbourne Chambers.

Walker has appeared as a junior in more than 20 High Court cases. Archer was, until February 2011, an Acting Commissioner of the Corruption and Crime Commission and, over the last year, represented Serco, the private contractor operating the Christmas Island detention centre.

Despite their standout CV’s, McLeod’s leadership and her most recent work on the response to major catastrophic flooding of more than 78 per cent of Queensland, could not be overlooked by the judges.

McLeod comes from Owen Dixon Chambers West in Melbourne and took silk in 2003.

Flood of praise for Commonwealth Counsel