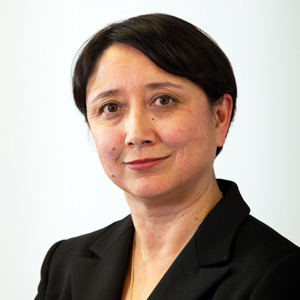 The dismissal of a complaint against Justice Richard Refshauge over a “completely unacceptable” backlog of reserved judgments has led to renewed calls for a fifth Supreme Court judge in the ACT.

Attorney-General Simon Corbell announced last Friday (18 January) that he will not convene a judicial commission to investigate Refshauge, who will be given time off from court to hand down long-reserved judgments, including one that is more than four years old. A formal complaint from the ACT Bar Association (ABA) had forced Corbell to either dismiss the complaint or convene a three-judge commission.

Lawyers Weekly understands that Refshauge’s current civil caseload includes more than 20 decisions reserved for longer than 18 months. Corbell, who reportedly described the delay as “completely unacceptable”, will appoint an acting judge until the backlog is cleared.

Noor Blumer (pictured), president of the ACT Law Society, told Lawyers Weekly that, while she welcomes Corbell’s decision, describing it as constructive, she would have considered supporting a judicial commission if the situation hadn’t improved.

“This is a very serious matter [but] the Law Society regards a judicial commission as a last resort,” she said. “The best way of getting the judgments done is to give Refshauge a chance to finish his outstanding judgments and not have to sit on the bench while that’s happening.”

Blumer admitted that a shortage of judges was a contributing factor to the backlog, echoing ABA president Greg Stretton’s call for the appointment of a fifth full-time judge in Canberra.

“It may well be the case that we need more judicial positions in the Supreme Court,” she said. “The number of judges we have in the ACT is low compared to other small states such as Tasmania and the Northern Territory.”

Blumer also acknowledged the financial impact of delayed judgments on barristers and lawyers, particularly those who are paid once a matter has been resolved. But she maintained that the ACT Law Society’s primary concern is for clients whose lives and businesses are being impacted by the delay.

Corbell has only once ordered a judicial commission, which is the only way to remove a judge or magistrate. In 2009, he launched an investigation into allegations that Chief Magistrate Ron Cahill attempted to pervert the course of justice, but it was later abandoned after the judge tendered his resignation.

Lawyers Weekly contacted the ABA president for comment but he was unavailable for interview prior to publication.