Fears of trial by social media in Meagher case 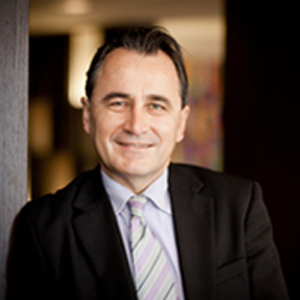 The man accused of the rape and murder of Jill Meagher is to contest the charges, raising concerns that social media users could prejudice a potential trial, despite a ban on publishing damaging material online.

Adrian Ernest Bayley, 41, from Coburg, appeared via video link at Melbourne Magistrates’ Court last week (18 January), where his legal team was granted the right to cross-examine witnesses at a committal hearing scheduled for March. Deputy Chief Magistrate Felicity Broughton also granted a defence application to extend an existing suppression order banning the publication of damaging or potentially prejudicial material about Bayley, with specific reference to the internet.

Paul Svilans (pictured), a partner and media law expert at Johnson Winter & Slattery, told Lawyers Weekly that amateur publishers, such as social media users, could inadvertently breach the suppression order. He claimed that many Facebook and Twitter account holders may be unaware of the court order, which has been circulated to practitioners and the professional media, or do not view their posts and tweets as a form of publication.

“Publication on the internet is still publication,” he said. “The media understands what publication means but less sophisticated publishers may not.”

High-profile Facebook or Twitter users, in particular, could potentially prejudice a trial due to their extensive reach, Svilans continued, pointing out that many boast a list of followers that rivals the circulation of local newspapers.

Last year, Victoria Police posted a message on its Facebook page warning users of their legal responsibilities, with the reminder that “it is inappropriate to post speculation or comments about matters before the courts”.

“We ask you to refrain from posting anything on social media which could jeopardise or endanger the presumption of innocence, as this has a very high potential to interfere with the administration of justice,” the post said.

Svilans warned that corporate entities behind social media channels, like Facebook, are also not immune to prosecution under Australia’s contempt laws.

“If Facebook declines to remove a page, it can face criminal charges,” he said. “There’s no reason that it shouldn’t be subject to the laws of contempt like any other publisher.”

Last year, Facebook initially refused to shut down pages inciting hatred and violence against Bayley. Victoria Police revealed in October that it took days of repeated requests before the pages, one of which had attracted more than 44,000 likes, were removed.

However, Lawyers Weekly today (23 January) discovered potentially prejudicial material and comments on a Facebook page created in memory of Meagher, which has more than 20,000 likes.

Fears of trial by social media in Meagher case